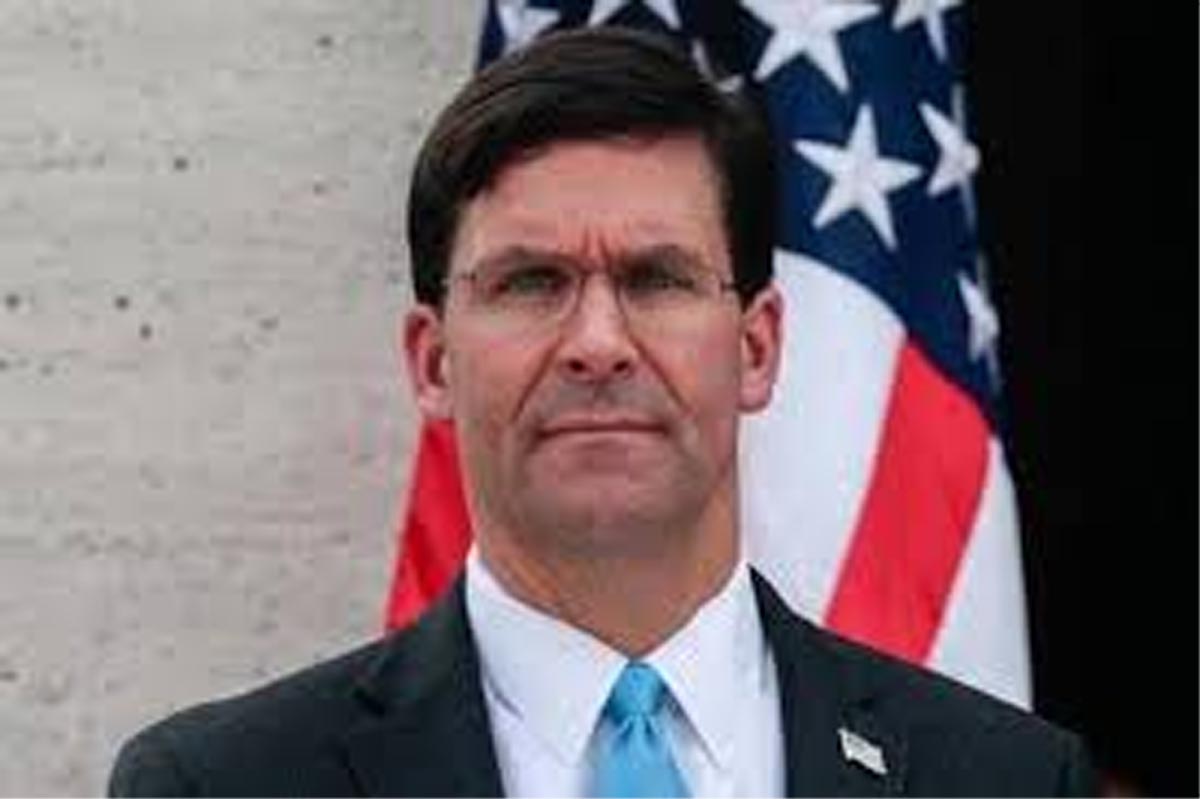 WASHINGTON, Dec 14:The United States will not tolerate Iran’s bad behaviour and it is focussed on internationalising the response to Iran’s aggression by encouraging increased burden sharing and cooperation among its allies and partners, US Defense Secretary Mark Esper said on Friday.

“We are focussed on internationalising the response to Iran’s aggression by encouraging increased burden sharing and cooperation among our allies and partners,” Esper said during his appearance at the Council on Foreign Relations (CFR) think-tank.

Iran, he alleged, continued with its malign influence and widespread destabilising activities across the Middle East.

Its efforts had increased in recent months as it attacked targets in Saudi Arabia, disrupted commercial shipping through the Strait of Hormuz, shot down a US unmanned aerial vehicle in international airspace and provided support to proxies, including the Houthis, Hezbollah and Shia militia groups in Iraq, Esper charged.

To address these threats, since May, nearly 14,000 US military personnel were deployed to the region to further enhance deterrence and demonstrate its commitment to allies and partners, he said, while asserting that these forces were not intended to signal an escalation, but rather to “buttress our efforts at deterrence”.

The International Maritime Security Constructs, which protects freedom of navigation in the Persian Gulf and Gulf of Oman, includes contributions from the United Kingdom, Australia, Albania, Saudi Arabia, the United Arab Emirates and Bahrain, Esper said.

“Through these actions, we are sending a clear message to Iran that the international community will not tolerate its bad behaviour,” Esper said.

In the Middle East, he said, the United States must remain committed to supporting a regional constellation of strategic partners to ensure the enduring defeat of the ISIS, while deterring Iran’s acts of aggression.

“In Syria and Iraq, the United States has achieved great success, working alongside our partner forces to destroy ISIS’s physical caliphate and liberate millions of people living under its barbaric rule. This includes the successful operations that resulted in the death of ISIS’s founder and leader Bakr al-Baghdadi as well as one of his top deputies,” Esper said. (PTI)