Excelsior Correspondent
JAMMU, Dec 7: Dogri video song “Rishten Diyan Doriyan” was released today in an impressive function held here at Press Club.
The song was released in the presence of dignitaries from political, bureaucratic and media world. JMC Mayor Chander Mohan Gupta was the chief guest on the occasion.
The song has been produced by Tera Entertainment (a part of Tera Group)—a startup founded by Kuldip Sharma and Raghav Sharma. The lyrics of the song has been written by Sunita Sharma (retired IAS officer) while it has been composed by renowned composer Brij Mohan and sung by late Dr Naveen Sharma, who recently left for heavenly abode.
Featuring Tariq Khan, Neha Sharma and Rahat Kazmi, the song has been directed by Rahat Kazmi. It is pertinent to mention here that Tera Entertainment has produced about eight more songs in Dogri which are yet to be picturized.
On the occasion, Chander Mohan Gupta gave tributes to Dr Naveen Sharma. He said that the contribution of Dr Sharma in the field of music is unique and unforgettable, and his death has created a vacuum in yet to boom music industry of J&K.
Councillor Anita Sharma was also amongst the invitees. She had all praised for the Tera Entertainment for their efforts to promote mother tongue Dogri through songs.
Speaking on the occasion, Kuldip and Raghav said that this has been just a start towards promotion of Dogri culture by Tera Entertainment and more is yet to come. They said that to further promote rich Dogra culture and heritage, Tera Group has been procuring items used by Dogras in the past. 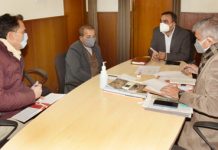 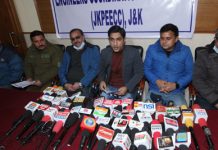 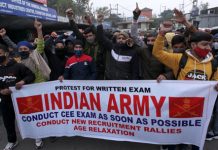 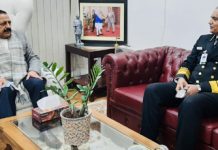 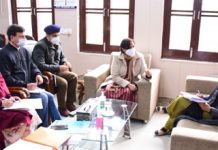 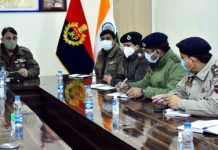 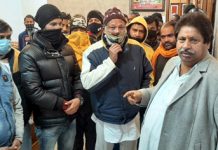 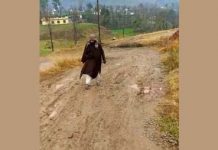 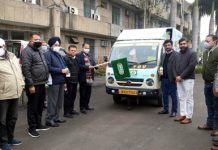