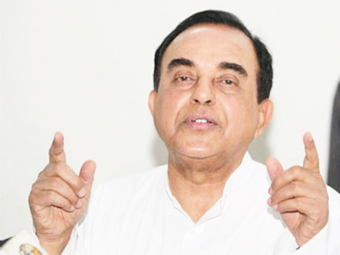 MUMBAI: BJP leader Subramanian Swamy on Monday advised Prime Minister Narendra Modi to develop a “temper” to listen to the unpleasant truth and stop “frightening” his Government’s economists, if he wants to drive the economy out of the crisis.

“The way Modi runs the Government is that very few people can step out of the line. He should encourage people to tell to his face that no this can’t be done. But I think he has not yet developed that temper,” Swamy said.

The comments from the ruling party’s Upper House member come at a time when growth has slipped to a six-year low and the Government is trying various unconventional measures, including massive tax giveaways, to prop-up growth.

Swamy also blamed the demonetisation, especially the role of RBI and the Finance Ministry in not properly flagging the real issues or preparing well, and the hasty introduction of GST for the present crisis in the economy. He also said the Government has not understood the policies required for higher growth. (AGENCIES)