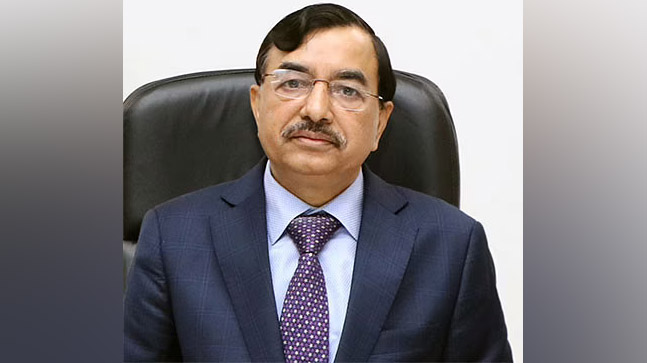 NEW DELHI: Election Commissioner Sushil Chandra was on Monday appointed as the new Chief Election Commissioner. He replaces Sunil Arora who has retired.
Chandra, the seniormost Election Commissioner, will assume charge as CEC on Tuesday.
President Ram Nath Kovind on Monday appointed Chandra as 24th CEC on Monday.
Chandra was appointed as an Election Commissioner on February 14, 2019, ahead of the Lok Sabha elections and worked for the successful conduct of the general elections.
He is set to demit office on May 14, 2022, and will oversee the conduct of assembly polls in Uttar Pradesh, Punjab, Goa, Uttarakhand, and Manipur as the CEC.
While the terms of assemblies in Punjab, Goa, Uttarakhand, and Manipur are set to end March 2022, the term of Uttar Pradesh Assembly will end in May 2022.
During his over two year tenure as an Election Commissioner, Chandra supervised assembly elections of more than 10 states and worked towards making the entire nomination process online.
The online process allowed candidates to file e-nomination directly, making the system faster. It also allowed the error-free feeding of the candidate’s information and uploading of affidavits in the system. The candidate-related information is also made available in the public domain through the Affidavit Portal and Voter Helpline App on the same day when the nomination is filed.
Before his appointment in the Election Commission, Chandra was the chairman of the Central Board of Direct Taxes (CBDT).(Agency)