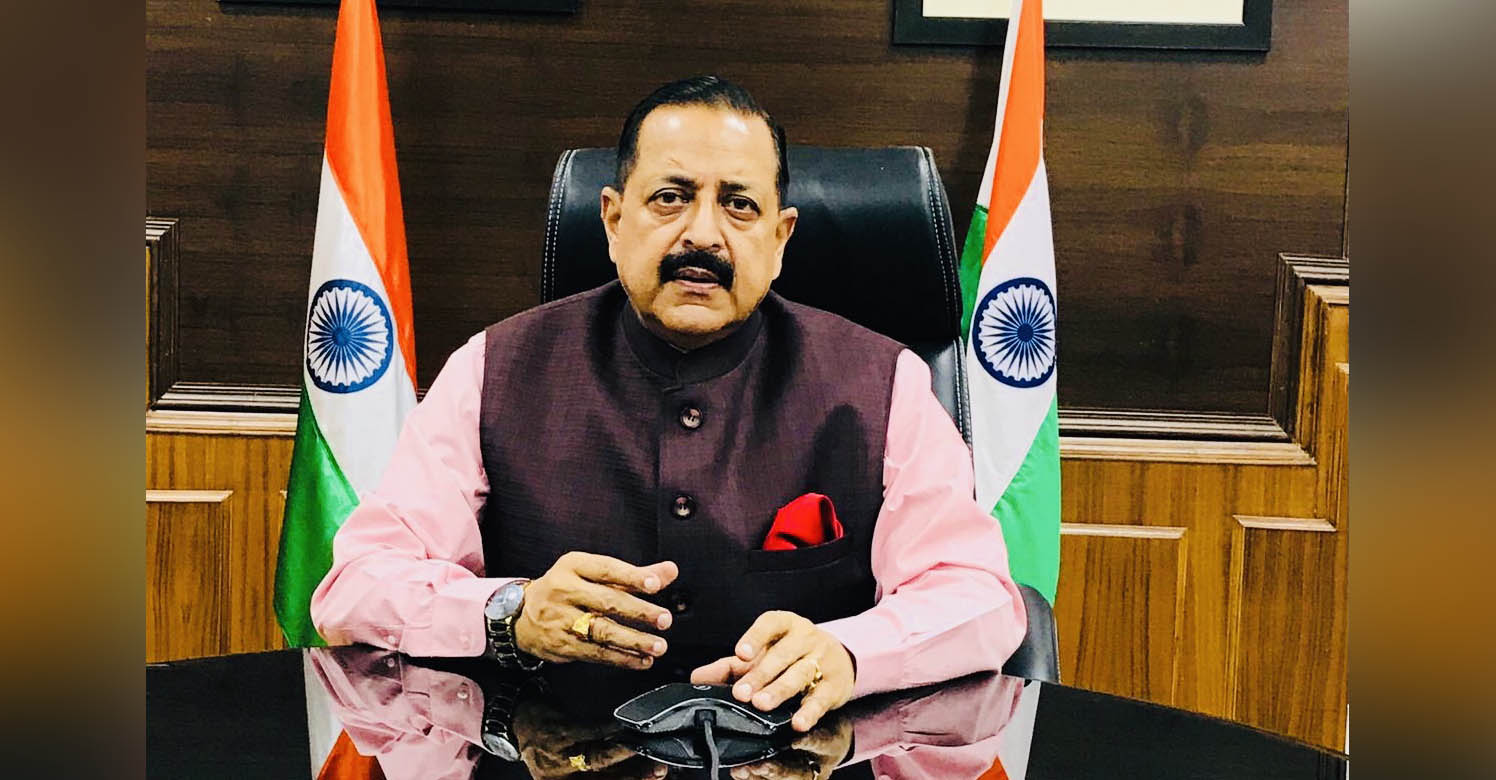 NEW DELHI: Shahpur Kandi National Project coming up along the border between Jammu & Kashmir and Punjab, and catering to district Kathua in a big way, vindicates the Indus Waters Treaty (IWT) of 1960 signed by the then Indian Prime Minister Jawaharlal Nehru and Pakistan President Ayub Khan, whereby India was given control over the waters of the three eastern rivers, namely Beas, Ravi and Sutlej, while Pakistan was given control over three western rivers namely Indus, Chenab and Jhelum, but in the absence of this project, the major part of India’s share of water from river Ravi was flowing into Pakistan.
In an exclusive media interview about major developmental transformations brought about in Jammu & Kashmir by the Modi government, Union Minister Dr Jitendra Singh cited that one of the most distinct examples was the Shahpur Kandi Project which had been stalled for several decades and it was the personal intervention of Prime Minister Narendra Modi which enabled this anomaly to be corrected and the Indus Waters Treaty which was signed by the then Prime Minister in 1960 has been truly followed in letter and spirit only after Prime Minister Narendra Modi took over.
Dr Jitendra Singh said, it was either a case of lack of understanding or misplaced priorities or motivated political consideration that whenever there was cross-border firing or strained relations with Pakistan, many of the leaders from the region would immediately raise the populaist demand to stop the flow of water flowing into Pakistan, without realising and being ignorant of the fact that most of the India’s share of water was flowing into Pakistan because of the absence of this dam. He said, as soon as the issue was brought to the notice of Prime Minister Narendra Modi, he personally intervened for immediate revival of the project.
Once this game-changer project becomes fully functional, said Dr Jitendra Singh, the border districts of Kathua and Samba in Jammu & Kashmir, and districts Pathankot and Gurdaspur in Punjab will be the main beneficiaries with sufficient availability of irrigation and power. The dry or less irrigated zone, which was traditionally referred to as “Kandi” belt, will no longer be known as Kandi and the future generations will not be even aware of this expression.
Expressing the hope that Shahpur-Kandi Dam project will become functional by November 2022, Dr Jitendra Singh said that it will be a historic landmark as one of the major events marking the 75th year of India’s independence. Once this project becomes functional, he said, the area of “Kandi” will no longer be known as “Kandi” and the children of the future generations will ask their parents what was meant by the expression Kandi.
Dr Jitendra Singh said, Shahpur Kandi Dam Project aims to utilize full water of river Ravi in Indian territory. Almost 63% work of Main Dam has been completed and, on its completion, Shahpurkandi Dam Project shall provide intensive irrigation facilities in 32000 Hectares area falling in the districts of Kathua and Samba and 5000 Hectares falling in district Pathankot.
The Minister said that the project will hopefully start giving water through gravity to J&K through Ravi canal, which shall help in uplifting socio-economic status of the people of the region. It will also create a tourism potential and improve the socio-economic conditions of the people in this border area, he added.
The Shahpur Kandi Dam Project is being constructed on River Ravi 11Km downstream of Ranjit Sagar Dam and 8Km upstream of Madhopur Headworks in Pathankot District. It will reduce the outflow of the river water
The construction of 1378 mtrs of Balance portion of Ravi canal including proposed construction of aqueduct across Sukhral Khad coming in the alignment of canal is of utmost importance to the inhabitants of area residing in the twin districts of Kathua and Samba in J&K as it will create an irrigation potential of 32173 ha and a game changer in the upliftment of the socio-economic condition of the public. The proposed canal shall carry a discharge of 1150 cusecs. With the completion of the Balance portion of Ravi canal, the existing Basantpur Irrigation lift scheme shall become redundant thereby relieving UT of J&K of the recurring huge expenses on account of the energy charges and water shall flow under gravity without interruption to cater the irrigation facility to the kandi area.