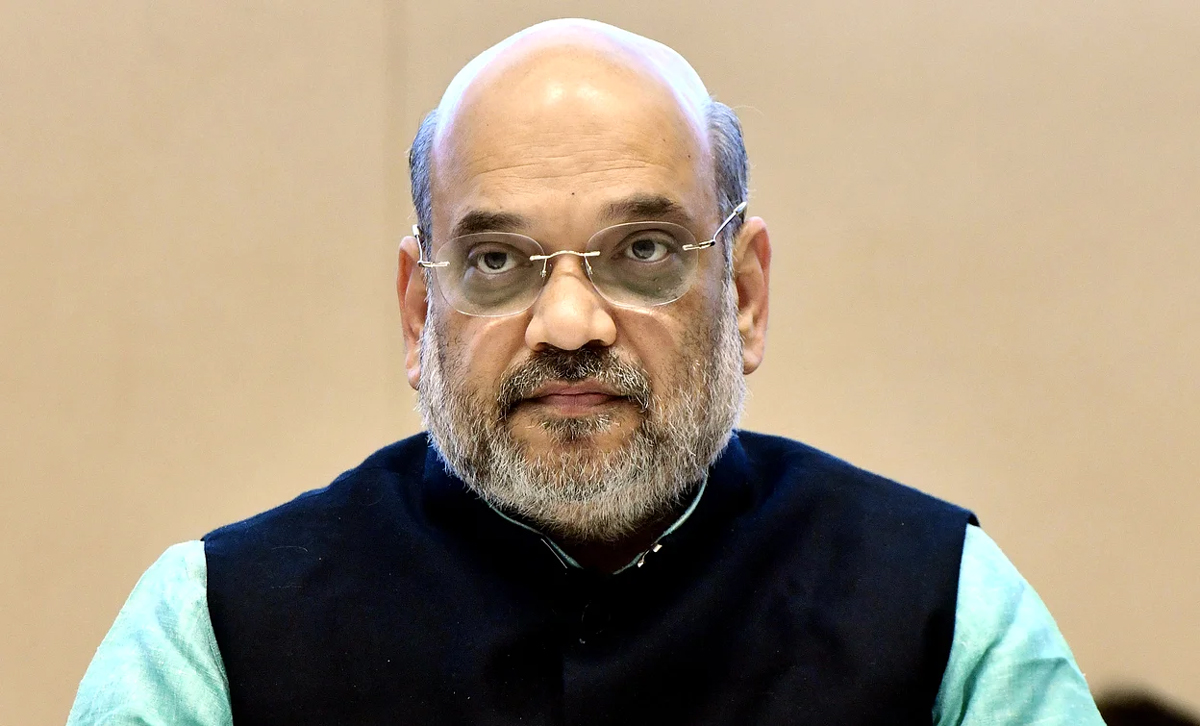 JAMMU, Sept 23: Union Home Minister Amit Shah reviewed security situation and development works in Jammu and Kashmir with Lieutenant Governor Manoj Sinha in New Delhi.
The meeting comes ahead of Shah’s two-day visit to Jammu and Kashmir on October 1 and 2 during which he will address two public rallies, meet senior BJP leaders and review security situation.
Sinha is reported to have briefed the Home Minister about further improvement in security situation in the Union Territory especially the Kashmir valley where large number of militants including some top commanders and Pakistanis have been neutralized this year and many others arrested.
“The meeting between Shah and Sinha lasted half an hour,” the officials said, adding it discusses roadmap ahead for UT in terms of anti-militancy operations and giving further boost to development.
It was also reported to have considered the schedule of Shah’s two-day visit to Jammu and Kashmir.
Apart from security scenario, the Lieutenant Governor is also understood to have briefed the Union Home Minister on ongoing developmental projects including those under Centrally Sponsored Schemes and Prime Minister’s Development Package (PMDP) in Jammu and Kashmir.
“Many developmental works under the Centrally Sponsored Schemes and PMDP besides those undertaken by the UT administration are going on in Jammu and Kashmir. Some of the works are nearing completion,” the officials said.
This was second meeting of Amit Shah with Sinha in less than a month. On August 25, Shah had held high-level review of security scenario and development works in the Union capital with Sinha, top officials of security and Intelligence agencies; civil and police administration from J&K among others.
Shah is also reported to have reviewed progress on guidelines released by him in August 25 meeting.
Though there has been an increase in infiltration attempts on the Line of Control (LoC) in Jammu and Kashmir, the troops have foiled majority of such bids and either eliminated or apprehended the infiltrators. Some of the intruders, however, managed to retreat to Pakistan occupied Jammu and Kashmir (PoJK) after failing to intrude into this side.
“Entire gamut of security scenario in Jammu and Kashmir came up for review during the meeting,” sources said, adding in the coming days anti-militancy operations, which were going on in full swing in the Kashmir valley, could be further expedited.
The Union Home Minister will be visiting Jammu and Kashmir on a two-day visit on October 1 and 2 which is widely believed as launch of election campaign of the BJP though there is no possibility of Assembly polls this year as final electoral rolls will be published on November 25.
Shah is scheduled to address two mega rallies at Rajouri and Kupwara on October 1 and 2 respectively. He will review political situation with senior BJP leaders.
He will also have detailed security review at a high-level meeting with Lieutenant Governor Manoj Sinha, of senior officers of Central Armed Police Forces (CAPFs), Intelligence agencies, Jammu and Kashmir Police and civil administration among others.
The rallies are aimed at giving boost to political activities of the BJP in Jammu and Kashmir.
The Home Minister is likely to spend one day each in Jammu and Kashmir divisions during the visit.
Earlier, there were indications that Assembly elections in Jammu and Kashmir might be held in November-December after completion of delimitation of Assembly constituencies in the Union Territory in May.
However, the Special Summary Revision ordered by the Election Commission of India has fixed November 25 as deadline for publication of final electoral rolls. This will virtually give no time for holding polls this year and all hopes are now pinned in the months of April-May next year for conduct of elections.