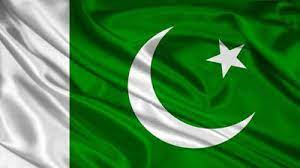 ISLAMABAD, July 1: The Pakistan Government has steeply hiked petroleum prices to implement the tough preconditions set by the International Monetary Fund (IMF) to revive the stalled USD 6 billion bailout package for the cash-strapped country.
Prices of all petroleum products went up by about Rs14-19 per litre after the decision came into effect from midnight on Thursday.
According to a notification issued by the finance ministry, the government imposed a Rs 10 per litre petroleum levy on petrol and Rs 5 each on high-speed diesel (HSD), kerosene and light diesel oil (LDO).
As a result, the per-litre price of petrol has been increased by Rs 14.85, HSD by Rs 13.23, kerosene by Rs 18.83 and LDO by Rs 18.68.
The ex-depot price of petrol now stands at Rs 248.74 per litre, HSD at Rs 276.54, kerosene at Rs 230.26, and LDO at Rs 226.15.
Finance Minister Miftah Ismail told the media that the petroleum levy was imposed to revive the IMF programme suspended four months ago after the previous Government led by Imran Khan reneged from signed agreements. This is the fourth hike in petroleum under the incumbent Government which took power in April.
The IMF has set tough preconditions like hiking electricity tariffs and imposing a levy on petroleum products to revive the stalled bailout programme.
The IMF Fund also asked Pakistan to set up an anti-corruption task force to review all the existing laws that were aimed at curbing graft in the Government departments.
After implementing the conditions, the IMF would present Pakistan’s request for the approval of the loan tranche and revival of the programme to its executive board – a process that may consume another month.
Cash-strapped Pakistan is facing growing economic challenges, with high inflation, sliding forex reserves, a widening current account deficit and a depreciating currency.
On June 22, Pakistan secured a deal with the IMF to restore the stalled USD 6 billion assistance package and unlock doors for financing from other international sources.
The make-or-break deal was reached following the IMF staff mission and the Pakistani team, led by Finance Minister Ismail, agreeing on an understanding on the 2022-23 budget after the authorities committed to generate Rs 43,600 crore more taxes and increase petroleum levy gradually up to Rs 50 per litre, the Dawn newspaper reported.
The extended fund facility package of USD 6 billion was agreed upon in July 2019 for a period of 39 months. So far only half of the promised money has been reimbursed.
The revival of the facility will immediately provide access to USD 1 billion, which Pakistan badly needs to buttress its dwindling foreign exchange reserves. (PTI)