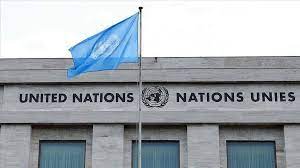 United Nations, July 1: The United Nations Security Council renewed the sanctions imposed on the Democratic Republic of the Congo (DRC).
Adopting resolution 2641 by a vote of 10 in favor to none against with five abstentions, the council renewed its arms embargo measures, travel ban and asset freezes until July 1, 2023.
China, Russian, Ghana, Gabon and Kenya voted in abstention.
In an explanation of the vote, Zhang Jun, China’s permanent representative to the United Nations, pointed out that the Security Council’s sanctions on the DRC are designed to curb the violent activities of armed groups.
“Regretfully, 18 years after its initial implementation, armed groups in the eastern DRC remain rampant, while the DRC government’s security capacity has been constrained. The DRC government has repeatedly requested the council to lift the arms embargo on the country,” he noted.
Recently, the security situation in the eastern DRC has deteriorated, with many civilian casualties and displacements caused by the resurgence of the March 23 Movement (M23) rebels.
“But the DRC security forces, affected by the arms embargo and other factors, do not have adequate security capacity in the face of the threat posed by armed groups such as M23,” Zhang said, citing a briefing to the Security Council Wednesday by Bintou Keita, special representative of the UN Secretary-General in the DRC, who noted that the M23 is far better equipped and armed than the DRC security forces as well as MONUSCO, the UN peacekeeping mission in the country.
“It is a worrisome situation, and this issue needs to be addressed,” Zhang said.
During the consultation for the draft resolution, China and African members of the council expressly supported the lifting of the notification requirement applied to the DRC government, he said.
“France, as the penholder, has tried, but we were unable to reach consensus due to the opposition of some members. China finds it regrettable,” he said, adding that the resolution will continue to subject the great majority of the weapons and equipment needed by the DRC security forces to mandatory notification.
“It will artificially complicate the process and affect international partners’ security cooperation with the DRC, which constrained the DRC security capacity and the efforts to find a fundamental solution to the situation in the eastern DRC,” Zhang said.
Due to the reasons mentioned, the envoy said China had to abstain from the vote.
“We also hope that the DRC government can enhance its management of weapons and ammunition to gain greater confidence from council members to lift the notification requirement in relation to the DRC government,” he said.