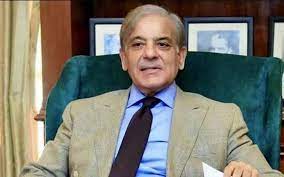 Islamabad, July 1: Hours after the Lahore High Court (LHC) announced an important decision on the election of Punjab Chief Minister Hamza Shehbaz on Thursday, Prime Minister Shehbaz Sharif met Pakistan Peoples Party’s (PPP) top leadership and discussed ways to handle the situation, Dawn reported on Friday.
PPP Chairman and Foreign Minister Bilawal Bhutto-Zardari and former president Asif Ali Zardari called on Shehbaz and discussed the current political situation, which was also attended by senior PML-N leaders.
A source in the PPP told Dawn that the LHC verdict was discussed and all participants agreed with the minority view in the decision, i.e. how the vote of Pakistan Tehreek-i-Insaf (PTI) dissidents will not be counted in the recount of votes and that the Constitution has no such provision.
However, PPP expressed full support for Hamza Shehbaz and hoped that he will win again in the re-count.
Earlier, the prime minister held separate meetings with the leaders of some allied parties including Khalid Magsi, chief of Balochistan Awami Party (BAP), Chaudhry Salik Hussain of PML-Q and Aslam Bhootani. (UNI)