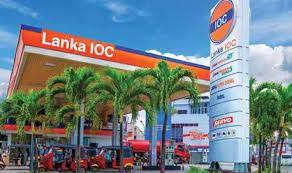 Colombo, July 1: The head of the Lanka IOC, the subsidiary of Indian Oil Corporation in Sri Lanka, has been granted a special resident permit in line with the new policy of wooing foreign investments to the cash-starved island nation.
The new scheme was introduced by the new minister of Investment Promotion Dhammika Perera, a former business tycoon who became minister early last month. Perera’s action plan to generate forex included granting longer-term resident visas for foreign investors.
“It’s been a great pleasure and immense happiness receiving the five-year residence visa today,” Manoj Gupta, the head of the Indian Oil Company’s local operation, tweeted.
The news on Gupta’s visa came as the LIOC had come to the fore since early this week as the only source of fuel for much hassled private vehicle owners.
Perera, the new Minister has instructed the Department of Immigration and Emigration to ensure that the number of tourists arriving in Sri Lanka is updated daily at 9 AM on the official Twitter handle from Monday, July 4, newsfirst.Lk news portal has reported.
The Minister had also decided to extend the validity of the Spouse Visa issue to foreign nationals who marry Sri Lankans, from one year to five years, the report added. Sri Lanka’s unprecedented economic crisis caused by forex shortages has led to a severe crisis in the energy sector. Fuel shortages have seen long queues at retailers and with the end of the credit line worth USD 700 million granted by India, the pumps have run dry.
The Sri Lankan government is now exploring options to purchase discounted oil from Russia, as the island nation desperately looks to replenish its dwindling fuel stocks amid an unprecedented economic crisis due to a crippling shortage of foreign exchange reserves.
The state fuel entity Ceylon Petroleum Corporation (CPC) restricted retail sales only to the essential services further deepening the crisis and adding to public anger and discontent.
The LIOC expanded its distribution network by providing fuel continuously when the CPC pumps went largely dry.
The LIOC runs over 200 retail stations as opposed to CPC’s over 1,100. They kept its pumps open throughout Tuesday as the cash-starved government’s fuel entity’s fuel stations did not operate in the island nation.
On Monday, The Sri Lankan government announced that only essential services will operate from midnight till July 10 and all other operations will be temporarily suspended as the crisis-hit nation faces an acute fuel shortage.
A LIOC spokesperson said they issued petrol to private vehicle owners on Tuesday but had to limit the issues due to the demand.
The nearly-bankrupt country, with an acute foreign currency crisis that resulted in foreign debt default, had announced in April that it is suspending nearly USD 7 billion foreign debt repayment due for this year out of about USD 25 billion due through 2026. Sri Lanka’s total foreign debt stands at USD 51 billion.
Sri Lankans continue to languish in long fuel and cooking gas queues as the government is unable to find dollars to fund imports.
So far, there have been an estimated twelve deaths in fuel queues due to exhaustion, physical ailments or accidents.
Indian credit lines for fuel and essentials have provided lifelines until the ongoing talks with the International Monetary Fund could lead to a possible bailout. (PTI)