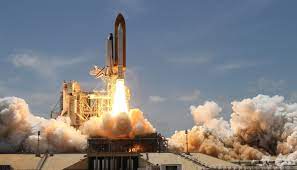 Mumbai, July 1: Digantara, a spacetech startup building one stop solution for space operations, launches the World’s first commercial space-based weather system, ROBI (ROBust Integrating proton fluence meter), on the most prestigious Indian Space Research Organizations’ PSLV ? C53 Mission. Started by the Lovely Professional University’s Alumni, Anirudh Sharma and Rahul Rawat, under the incubation of IISC Bangalore, this is India’s one of the first commercial payloads that will utilize PSLV’s PS-4 orbital platform. Earlier this month, Digantara also interacted with Prime Minister Narendra Modi, where Anirudh Sharma and Tanveer Ahmed explained their vision to the PM. Post this interaction, Digantara also made it to the Mann ki baat speech wherein Prime Minister, Narendra Modi mentioned about this space tech startup . Digantara’s patented, digital space weather instrument has an extremely small footprint with power consumption of < 20mW. The simplicity of integration makes it ideal to place in any satellite that goes to space, irrespective of size, shape or application. This will enable Digantara to increase the amount of empirical space weather data that will be available in quasi-real time. Congratulating Team Digantara for this phenomenal and groundbreaking achievement, Dr. Ashok Kumar Mittal, Chancellor, Lovely Professional University said,?It gives us immense pleasure when our students are able to scale new heights. Would like to congratulate Anirudh Sharma and team for this achievement?. At LPU we focus on practical learning. Recently, we made significant investments in space research with an installation of a state-of-the-art satellite ground station. Our researchers are devotedly working day and night towards the launch of LPU’s satellite. Space weather is a complex phenomenon that arises from high energy particles, plasma, and electromagnetic waves originating from the sun or the cosmos interacting with the earth’s magnetic field. A major space weather event can have significant repercussions on both space and terrestrial systems. Such an event can disrupt power grids, impact airline travel and disrupt High Frequency communication systems, Position, Navigation and Timing (GPS) systems leading to interruptions in communication and navigation capabilities here on Earth. According to estimates, a significant space weather event can result in damages of up to $3.4 trillion. A comparable event recently cost SpaceX 40 of its satellites. Furthermore, European Space Agency (ESA) Swarm constellation operators observed a sixfold increase in sink rate of its satellites owing to Solar Drag with the beginning of Solar Cycle 25, it is imperative that we have the capability to anticipate and monitor such an event ?With a growing population in near Earth orbit coupled with increasing space based applications such as in-orbit refueling, servicing, space tourism there is a need for high fidelity situational awareness to ensure effective space operations. Just as terrestrial navigation services are essential for the ground logistic sector, serving as an infrastructure layer for various companies , we can leverage Space – MAPs capabilities towards providing an infrastructure layer for effective space operations” says Anirudh Sharma, CEO of Digantara and an alumni student of LPU. (UNI)