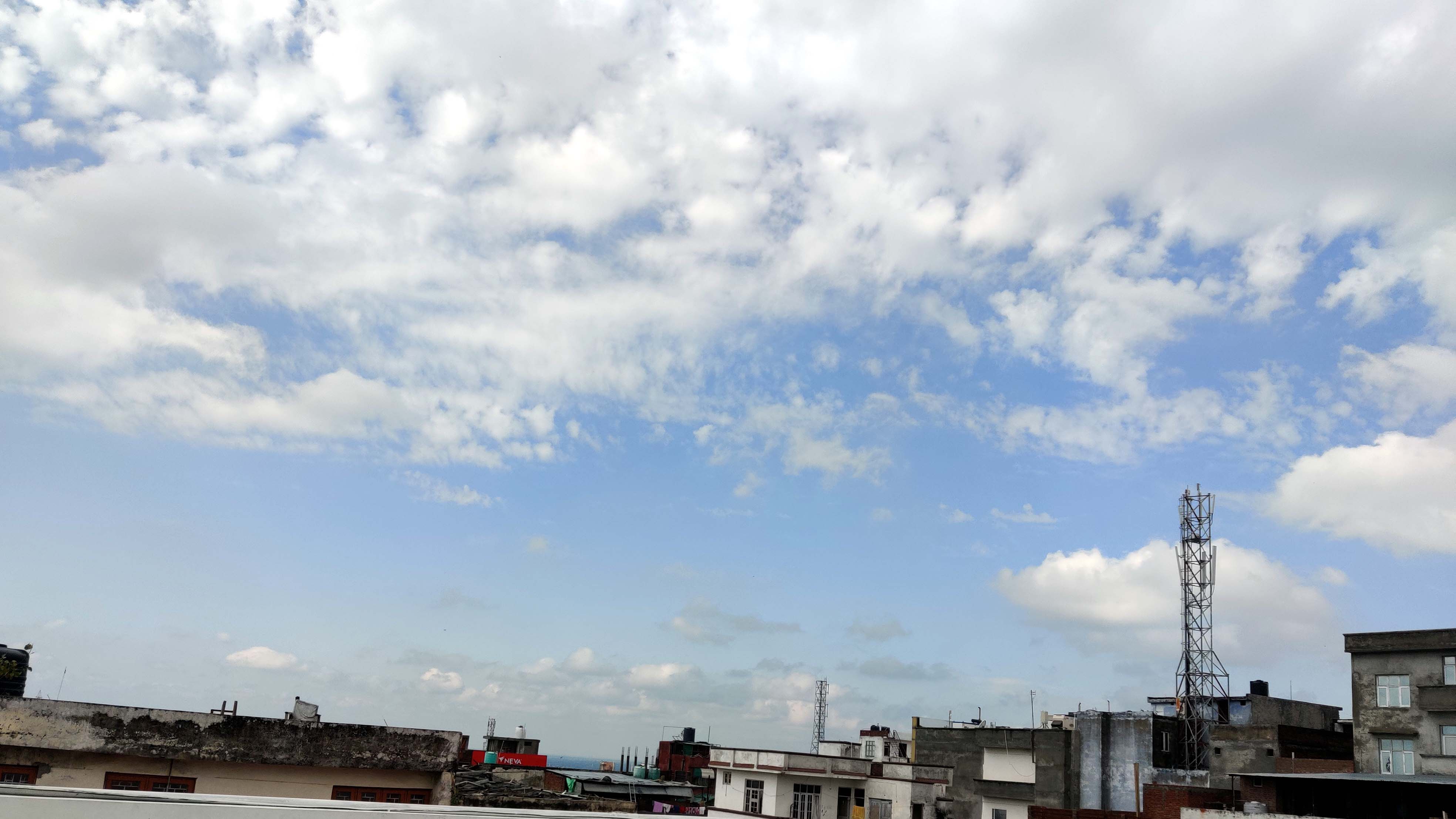 Positive development amid COVID-19 lockdown
*PCB stations recording lowest ever readings
Mohinder Verma
JAMMU, Mar 27: In a positive development amid 21-day lockdown ordered by the authorities keeping in view depressing scenario caused by Coronavirus, the air quality of winter capital of Union Territory of Jammu and Kashmir has improved considerably due to drastic decline in the pollution level, which otherwise was remotely possible during normal course of life.
Official sources told EXCELSIOR that pollution level in Jammu city and its suburbs was on increasing mode during the past many decades because of unabated addition in the vehicular population and opening of industrial units of all the categories.
The situation was being further complicated by construction and demolition activities, which generate huge amount of dust particles. Two major projects like Jammu-Akhnoor road widening and construction of Ring Road from Raya Suchani to Nagrota were contributing a lot to the already increasing air pollution level in winter capital of the Union Territory of Jammu and Kashmir.
On an average the monitoring stations of the Jammu and Kashmir Pollution Control Board established in different parts of Jammu city and its outskirts were recording Respirable Suspended Particulate Matter (RSPM) between 140 and 150 microgram per cubic meter as against maximum permissible limit of 100 microgram per cubic meter, sources said.
“This means that inhabitants of Jammu were inhaling poor quality air and becoming victim to different types of ailments mainly because of vehicular and industrial pollution, which is considered as major contributor to deteriorating quality of air”, they said.
However, even since the authorities have imposed complete lockdown to contain the spread of Coronavirus, the air quality of Jammu has improved significantly, which is a positive development amid prevailing depressing scenario.
This is because there is no vehicular movement on the roads, the industrial units have remained closed and construction activities have come to the grinding halt because of the restrictions imposed by the Government.
“The air monitoring stations of Jammu and Kashmir Pollution Control Board are recording far less than the readings which they generally record”, sources said while disclosing that during the past some days the Respirable Suspended Particulate Matter (RSPM) in the air has come down between 60 and 70 microgram per cubic meter as against maximum permissible limit of 100 microgram per cubic meter.
They further said, “all this indicates that Jammu’s air quality has improved significantly for the first time during the past several decades”, adding “in normal course of life such a drastic decline in the air pollution level of Jammu is not possible at all”.
In response to a question, they said, “similar improvement in the air quality of other districts of Union Territory of Jammu and Kashmir has also been witnessed but data in respect of most of the districts is not available in the absence of air monitoring stations there”.
They disclosed that Union Ministry of Environment and Forest has recently sanctioned 24 more air monitoring stations for the Union Territory of Jammu and Kashmir. Of these, 13 will be established at the district level in Jammu and 11 in different parts of Kashmir valley so as to regularly monitor air quality.
“The Pollution Control Board authorities are on the job to get these monitoring stations established as early as possible”, sources said.
Not only air pollution, the lockdown has also drastically reduced the noise pollution level in the entire Union Territory of Jammu and Kashmir.
“We were habitual of hearing the noise of vehicles throughout the day but now there is complete calm as a result of which we can easily hear the chirping of birds, which reinvigorates us”, said residents of many localities which over a period of time turned into business hubs, adding “we know that after improvement in situation and removal of restrictions we will be deprived of this opportunity but till then we can enjoy this serene atmosphere”.