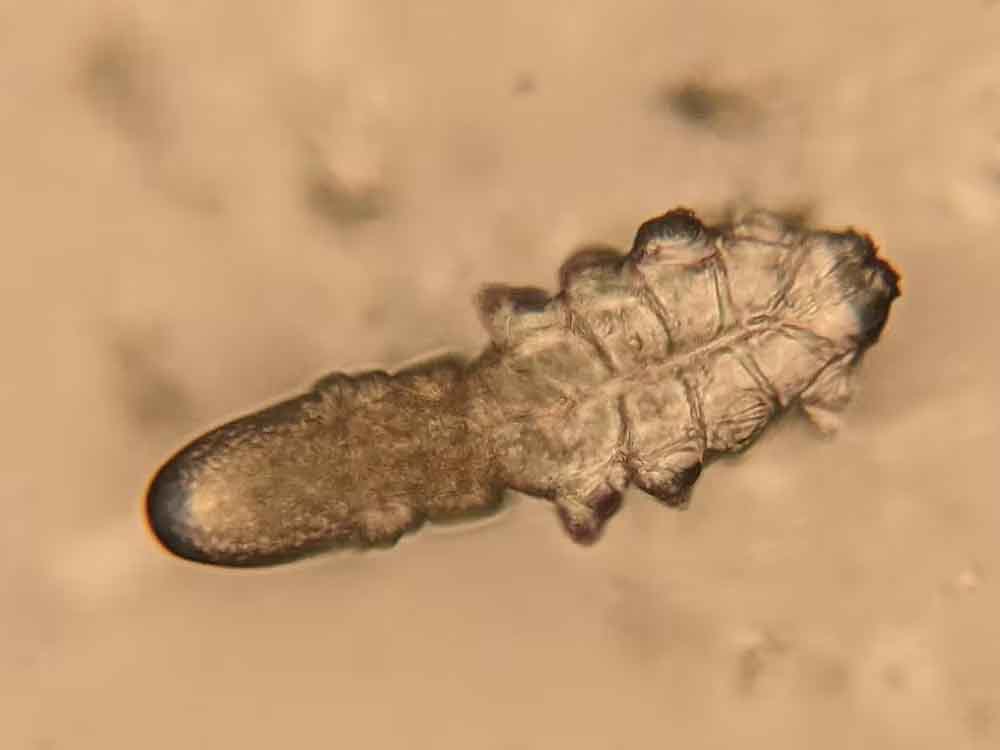 Victoria, Dec 8: Demodex are a family of eight-legged mites that live in the hair follicles and associated sebaceous or oil glands of many mammals.
Two species are known in humans – Demodex folliculorum, which lives mainly in hair follicles on our faces (especially eyelashes and eyebrows), and Demodex brevis, which sets up home in the oil glands on the face and elsewhere.
Newborns don’t have Demodex mites. In a study looking for them on adult humans, researchers could detect them visually in only 14 per cent of people.
However, once they used DNA analysis, they found signs of Demodex on 100 per cent of the adult humans they tested, a finding supported by previous cadaver examinations.
If they live all over humanity, the question arises – are these mites parasites or commensal (harmless) organisms, living in harmony with their unwitting hosts? And which of our daily habits, such as face washing and make-up application, can assist or hinder the mites’ survival? This is where it gets tricky.
Demodex mites are tiny. The larger of the two human species, D. Folliculorum, is about a third of a millimetre long, while D. Brevis spans less than a quarter of a millimetre. They also carry a range of bacterial species on their bodies.
A number of methods are used to directly detect mites. The best method is a skin biopsy involving a small amount of cyanoacrylate glue (superglue) on a microscope slide.
Cylindrical dandruff around infected hairs is characteristic of mites in residence due to their living habits. Mites can also be squeezed out of follicles with a zit extractor.
The mites feed on skin cells and sebaceous oils, which they predigest by secreting a range of enzymes. As they don’t have an anus, they regurgitate their waste products.
Ensconced in cosy follicle homes, the mites mate and lay eggs; after a lifespan of about 15 days, they die and decompose right there in the follicle.
These fairly disgusting habits may be one reason Demodex can cause allergic reactions in some people, and might also explain a number of associated clinical effects.
Face mites can cause a range of problems Unfortunately, recent studies suggest a number of conditions involving Demodex mites:
A range of rashes
Acne and pustules on the skin
Blepharitis or inflammation of the eyelid
Meibomian gland dysfunction – blockage of the oil glands on the eyelid, which can result in cysts
Inflammation of the cornea itself
Dry eyes and the formation of pterygium, a fleshy growth on the eye.
There are other causes of these conditions, but mites are under increasing suspicion as to their contributing role.
However, not all of us have negative reactions to these creatures. Humans mate randomly, and our genetics are thus highly variable – when we are infected, our genes determine our immune and other responses. Some of us don’t react at all, some of us get an itch for a while, and some get chronic debilitating conditions.
Similarly, mite numbers vary between people – if they reproduce in high levels, they are more likely to lead to issues.
Interestingly, the conditions named above and mite numbers seem to increase with age and in immune-compromised patients, suggesting a correlation with decreased immune function. It appears our immune system is key to understanding mite reproduction and their clinical effects.
There are a number of therapeutic compounds that reduce mite numbers, but the consensus is that Demodex are a natural part of our skin flora, so it might be best not to eliminate them entirely.
When people suffer chronic disease, more robust treatment might be necessary against the mite population, although reinfection from human family members is highly likely.
Mites do not survive for long off their hosts. Other than direct contact, personal hygiene products probably present the main mechanism of cross-infection.
Sharing make-up brushes, tweezers, eyeliner and mascara is probably not a good idea, although avoiding infection in a shared bathroom might be difficult. In one study, the average survival time for Demodex in mascara was 21 hours.
Other aspects of make-up use, such as regular cleaning and washing of the face, may reduce mite numbers, although other studies suggest mites survive washing quite well.
Thus, it’s unclear how much you can affect your mite population. However, if you suffer any inflammation of the eyelids and nearby areas, avoiding make-up and seeking medical advice might be best.
Overall, as unpleasant as they might sound, Demodex appear to be a normal part of our skin flora. However, some of us do react negatively to their presence and suffer rashes and inflammation.
Controlling such reactions might be as easy as limiting mite numbers with a wash or treatment prescribed by a medical professional – just know that entirely getting rid of our mite friends is probably impossible. (The Conversation)
(agencies)