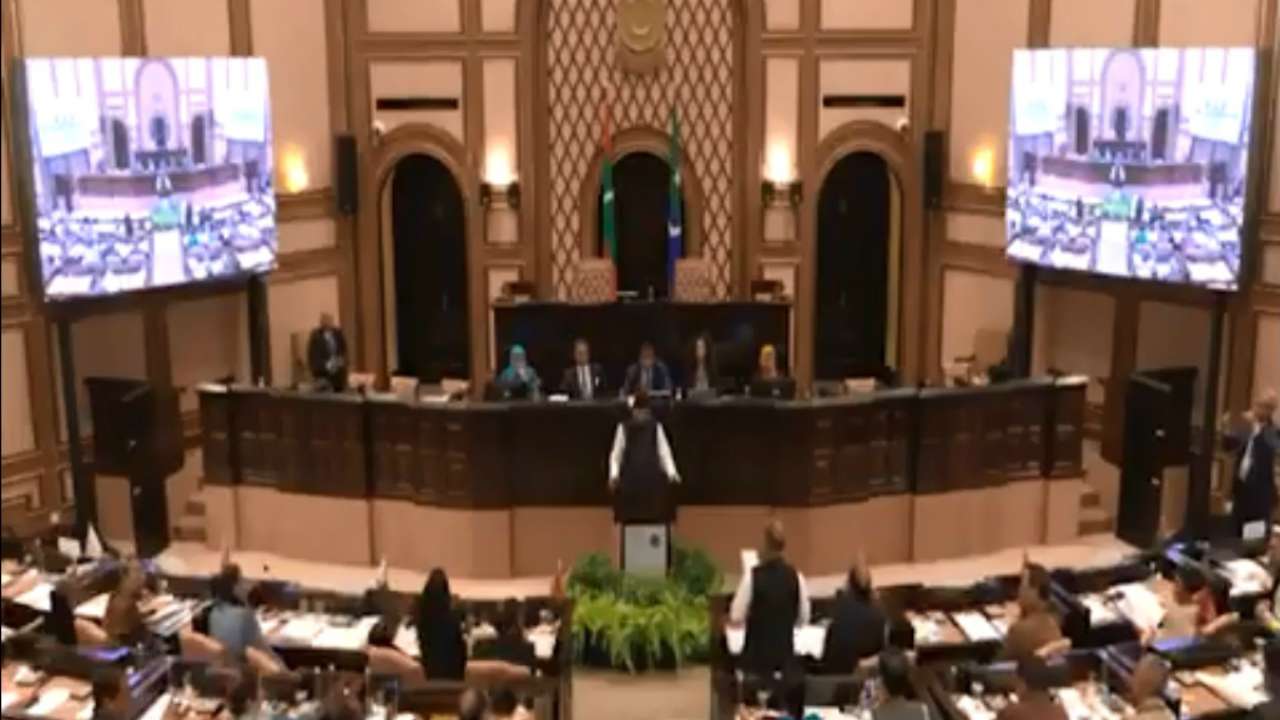 NEW DELHI/ MALE, Sept 1: India today thwarted an attempt by Pakistan to raise the Kashmir issue during the South Asian Speakers’ Summit in the Maldives, saying Islamabad should end all State support to terrorism which is the “biggest threat” to humanity.
The two sides had a heated exchange during summit held in the Maldivian Parliament where the representatives of the South Asian countries had gathered.
Pakistan’s Deputy Speaker of the National Assembly Qasim Suri tried to raise the Kashmir issue during the discussion on Sustainable Development Goals.
India immediately raised a point of order after which the presiding officer asked Suri to let the Indian representative, Rajya Sabha Deputy Chairman Harivansh, to speak, but he did not pay any heed, leading to commotion.
In a strong response, Harivansh hit out at Pakistan for raising India’s internal issue and politicisation of the forum.
“We strongly object to the raising of internal matter of India in this forum. We also reject to the politicisation of this forum by raising the issues which are extraneous to the theme of this summit,” Harivansh said.
“There is a need for Pakistan to end cross border terrorism and all kinds of state support to the same in the interest of regional peace and stability. Terrorism is the biggest threat to the entire humanity today.
“Therefore, unanimously we should not allow in this august gathering any kind of circulated statement to become a part of the proceedings,” he said.
Pakistan Senator Quratulain Marri objected to Harivansh’s remarks and said that SDGs for women and youth cannot be achieved without human rights.
Harivansh hit back at Pakistan saying a country that perpetrated a genocide of its own people has no moral right to speak on the human rights issue.
Raising a point of order again, the Rajya Sabha Deputy Chairman retorted: “Excellency, I would like to ask what moral rights this country has to raise issues related to human rights? The world knows how they committed genocide in a part of their own country and that country is now separate entity called Bangladesh.
“Since they have raised human rights issue of Kashmir, I would like to state facts that Pakistan has occupied our part of Kashmir known as Pakistan-occupied Kashmir.
“This Pakistan-occupied Kashmir comprises 2 areas, the so-called Azad Jammu & Kashmir (AJK) and Gilgit Baltistan (GB) which Pakistan has illegally occupied through armed action in 1947.
“Pakistan has kept people of this region guessing on their status. As a Constitutional entity, the so-called ‘AJK’ is unique. It has been given the trappings of a country with a President, a Prime Minister and a Legislature of its own. But the so-called AJK is neither a country nor a province,” he said, as Marri was on her feet again protesting India’s remarks.
The Karachi Agreement (April 28, 1949) truncated POJK and brought more than 85 per cent of the land, strategically important for its connectivity with China and control of rivers, under Pakistan’s direct control, Harivansh said.
From the time of the Karachi Agreement, the so-called AJK President and Prime Minister have enjoyed only titular power, that too at the pleasure of the Ministry of Kashmir Affairs, he said.
Amid the commotion, Speaker Nasheed tried to calm down the two sides, as the Pakistani representative continued her fulminations.
The Indian delegation in the summit is led by Lok Sabha Speaker Om Birla.
Tensions between India and Pakistan spiked after India abrogated provisions of Article 370 of the Constitution to revoke Jammu and Kashmir’s special status and bifurcated it into two Union Territories.
Pakistan has been trying to raise the issue at various international fora, but India has maintained that it is an internal matter. (PTI)