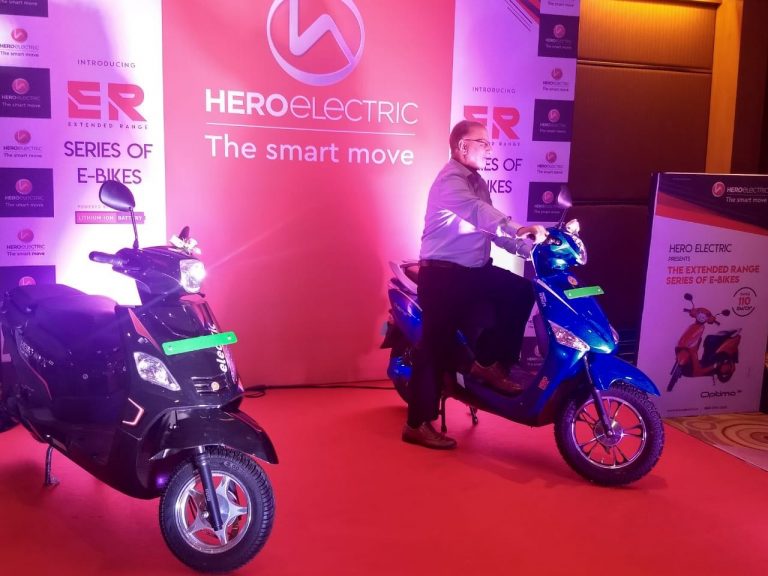 The company’s CEO Sohinder Gill said Optima ER and Nyx ER are available at a price of Rs 68,721 and Rs 69,754 respectively.

Gill said the two-wheelers running on lithium battery require 4.5 hours to five hours to charge fully and travels at least 100 km on a fully charged battery, adding, the company is offering three years’ warranty on the battery.

“Hero is the only company which is giving three years’unconditional warranty on the battery also. It is Rs 18,000today but the battery cost if you see over the years, is goingdown drastically,” Gill told a press conference here.

“Lithium battery prices, everybody is forecasting, will be half in two to three years and it’s happening,” he added.

The company also announced the inauguration of its new corporate office in the city. Gill said the company has “extensive” plans to introduce heavy duty products catering to myriad requirements of the B2B sector expanding its offerings for the commercial segment. (agencies)