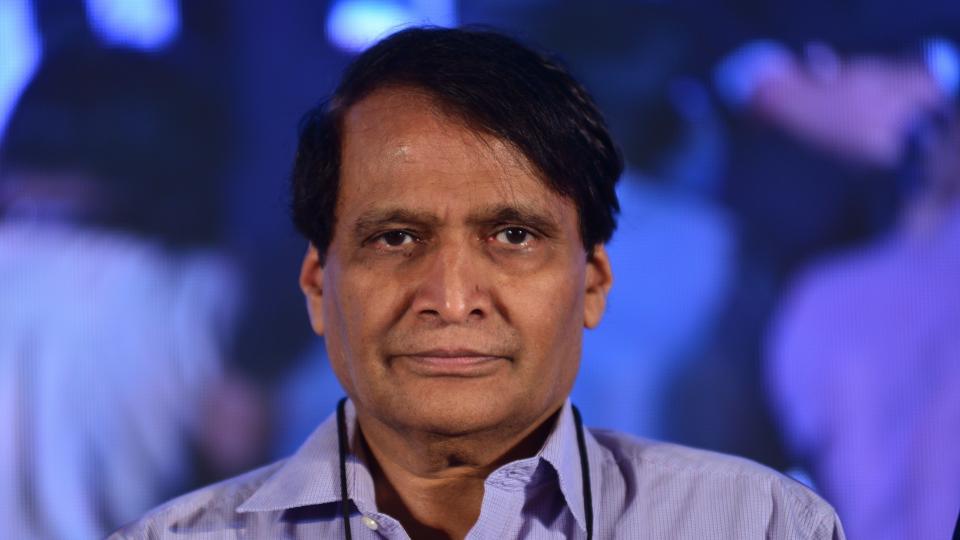 NEW DELHI, May 14: Union Commerce and Industry Minister Suresh Prabhu said when trade tensions show no signs of abating and protectionist tendencies are on the rise, it is very essential to collectively debate and discuss the way forward in a multilateral framework.
“The New Delhi Meeting is taking place at a time when trade tensions show no signs of abating and protectionist tendencies are on the rise which makes it very essential to collectively debate and discuss the way forward in a multilateral framework,” said Mr Prabhu in his address at the dinner on Monday night where WTO Director General Roberto Azevedo was also present.
The Commerce Minister said the New Delhi Ministerial Meeting is an initiative by India to facilitate a free and frank exchange of views on all issues of common interest, particularly of the Developing Countries and will explore how to collectively address the challenges emerging from suggestions on WTO reform.
The WTO Ministerial Meeting of Developing Countries concluded here on Tuesday.
In the Ministerial Meeting which began last evening with a dinner hosted by Mr Prabhu, Mr Azevedo, said that the reform process will mitigate the current crisis at WTO and talk about destroying the existing system is not the correct way and may not have the desired outcome.
He suggested for working in the existing system.
“The Dispute Settlement crisis is a deep crisis and all countries have to look for a resolution. Business as usual approach is not an option anymore and all members should work for a solution,” Mr Azevedo further said.
He said that plurilaterals should not be seen as a division between Developed and Developing Countries as they contain members from both sides. He further said that the Special and Differential Treatment Mechanism must be innovative in order to address the impasse. If left unaddressed, it may go either way, he said.
The ideal way is to have a bench mark because the differentiation is already happening and is essential for small Developing Countries.
The WTO DG added that the best way forward is to have a trade-facilitation-agreement-type model where countries may set their own benchmarks.
In the inaugural session of the Ministerial Meeting this morning, Mr Prabhu said that there are 7.3 billion people living in Developing Countries and they cannot and should not be deprived of the benefits of growth and WTO is an institution which addresses these concerns of development and growth of countries through trade and not aid.
The Commerce Minister added that he is certain that the efforts of the New Delhi Ministerial Meeting will definitely lead to a WTO which is better than what it is today.
The Multilateral Trading System is the collective responsibility of all countries who have a stake in it. It is the duty of countries to successfully address conflicting interests, motives and ideologies, in order to preserve and strengthen this valuable institution, the Minister added.
The principles of non-discrimination, predictability, transparency, the tradition of decision-making by consensus and, most importantly, the commitment to development, underlying the multilateral trading system, are too valuable to lose, he said.
The approach of the New Delhi Ministerial Meeting is to re-energise and strengthen multilateralism and put in place a more inclusive decision – making process. Towards this end, it is essential that the collective view of as many Developing Countries as possible is formally articulated in submissions on WTO reforms.
A year ago, on March 19-20, 2018, India had organised an Informal WTO Ministerial Gathering, in which more than 50 Members ? both developed and developing- had participated. In the March 2018 gathering in New Delhi, it was emphasised that there is a need to preserve and enhance the functioning and credibility of the rules-based Multilateral Trading System as embodied in the WTO.
The Commerce Minister hoped that the New Delhi Ministerial Meeting will re-endorse the centrality of development in WTO negotiations and provide suggestions for WTO reforms with development at its core, according to a statement here on Tuesday. (UNI)