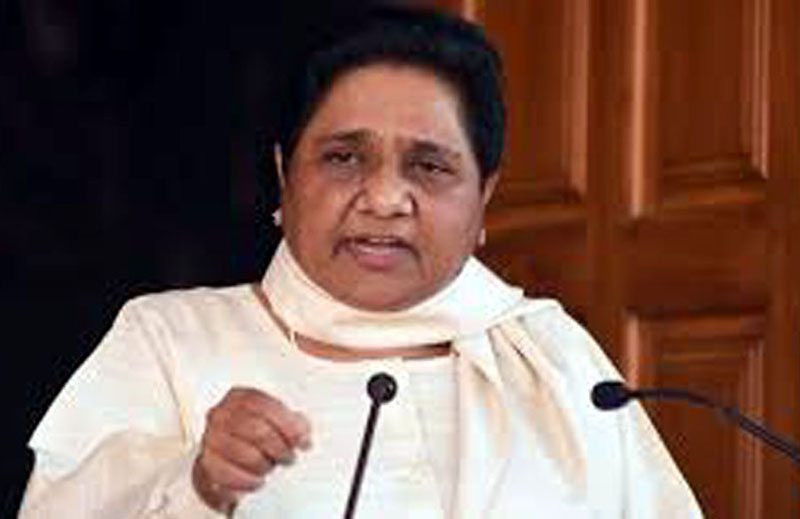 LUCKNOW, May 14: BSP chief Mayawati Tuesday called the Narendra Modi Government a sinking ship which even its ideologue RSS is deserting and said the country now needed a real prime minister, not a ”chaiwala” or a “chowkidar”.
She also attacked the “fashion” among politicians of visiting temples during the poll campaign and said the Election Commission should take note.
“Narendra Modi Government boat is sinking, and everyone knows this,” she said at a press conference here.
“The biggest example of this is that the RSS is also deserting them,” she said, claiming that the Rashtriya Swayamsevak Sangh workers are missing from the Bharatiya Janata Party campaign.
“I cannot spot them anywhere in the election doing hard work with their ‘jholaas’ (bags), thanks to the non-fulfilment of promises and the intense resentment by the people,” Mayawati said.
“As a result of this, Modi is sweating,” she claimed.
The BSP supremo said the country will not be “fooled” by “dual personalities” any more.
“The country has already seen a number of leaders in the form of sevak (servant), mukhya sevak (chief servant), chaiwala (tea vendor) and chowkidar (watchman), who indulge in misleading the people,” she said, referring to labels attached to Modi.
“But the country now needs a real prime minister who can run it in accordance with the spirit of welfare in the Constitution,” she said.
“The public has already been fooled by people of dual character, and will not be fooled anymore,” she told reporters.
Mayawati took exception to political leaders visiting temples during the period they are banned from campaigning by the Election Commission.
“If someone is banned from campaigning for violating the model code of conduct and he visits public places and temples to take part in prayers, and it is publicised in a big way by the media, then it should also be banned,’ she said.
“The Election Commission needs to take some steps in this direction as well and ban it,” she said.
Mayawati appeared to be referring to Uttar Pradesh Chief Minster Yogi Adityanath’s visits to temples during the period he was banned from electioneering over the “Ali-Bajrang Bali” comment he made at a rally.
She demanded the EC should include the money spent on roadshows and temple visits in the election expenditure by the party. (PTI)