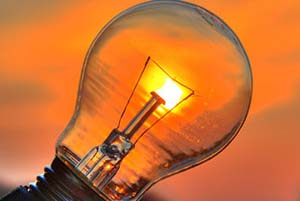 Suhail Bhat
SRINAGAR, Dec 5: Unscheduled power cuts have troubled residents of the Valley and they blamed the Power Development Department (PDD) for not adhering to the curtailment schedule that it announced for this winter.
To strike a balance between supply and demand during winter, the PDD issued a curtailment schedule recently. As usual, the areas were divided into metered and non-metered areas with a curtailment of four and eight hours respectively.
While the residents across Valley complained about receiving irregular power supply, the department blamed overloading for the power cuts.
Although the whole Valley faces erratic power supply, parts of North Kashmir and Northern Budgam areas are worst affected. People from various areas including Magam, Tangmarg, Dobiwan, Kunzar, Beerwah, Khaag and Arizaal expressed displeasure over frequent power cuts.
People from South Kashmir also expressed resentment against the unscheduled power cuts. “The electricity plays hide and seek whole day. We do not receive a stable electricity for even one or two hours,” Shahid Wani, a resident of Chatapora area of Pulwama, told Excelsior.
Another resident from Kulgam, Tajamul Ahmad told Excelsior that they do not receive electricity as per the schedule. “We get multiple power cuts during the day. We face power cuts after every two- three hours. The electricity remained infrequent during those hours as well,” he said.
The locals from Srinagar and its outskirts shared similar experiences. “The department does not stick to the schedule. It doesn’t exist. The electric supply has not improved after the snowfall,” Mohammad Yaseen, a resident of Rainawari told Excelsior.
People in Central Kashmir’s Kangan are also facing frequent power cuts. “We faced power cuts every winter as our area gets electricity from a local power house. The authorities are unable to provide relief to people,” Raja, a resident of Kangan told the Excelsior.
As per PDD, the main reason behind the power cuts is the deficiency of the electricity. Against a demand of around 2100-2200 MWs, only 1300 MWs are available which means that the Valley is facing a deficiency of around 800 MWs. There is an additional 100 MWs demand in winters which increase the deficit as well. “It’s very difficult for an electrical engineer to plan cuts. Once load goes up the supply gets affected as 1300 MWs are available with us. If anything exceeds this limit the tripping comes into play or we have to go for an additional shutdown,” Hashmat Qazi, Chief Engineer Power Development Department told Excelsior.
Admitting that the supply was erratic in some parts of North Kashmir, he said: “The towers were destructed by the snowfall. Temporary restoration has been done. It will give us some time to bring it back to November 1 position. We are unable to provide proper electricity in these areas,” he said.
He said due to grid overload in Bramulla district there is a restricted power supply in Kupwara and Bandipora areas as well. “For permanent restoration they have to take cuts. The electricity remains good in night but people face problems during day as the department are busy repairing the lines,” he said.
Asked about the plans to meet the deficiency, he said that a transmission line is under construction from Zainakot to Alastang which would draw an additional 320 MWs of electricity. In addition, he said, 160 MWS is being added to the Delina Power station. “In total 480 MWs will increase in a few months’ time. By that our capacity would be around 1600-1700 MWs which would reduce our deficit,” he said.
He added that sometimes they approve the additional power cuts to minimize the damage. “If cable or a joint is red hot due to overload, the shutdown becomes essential. That means the joint needs tightening or replacement. The shutdown remains in effect until load decreases,” he said, adding that they make announcements whenever an additional shutdown is required.