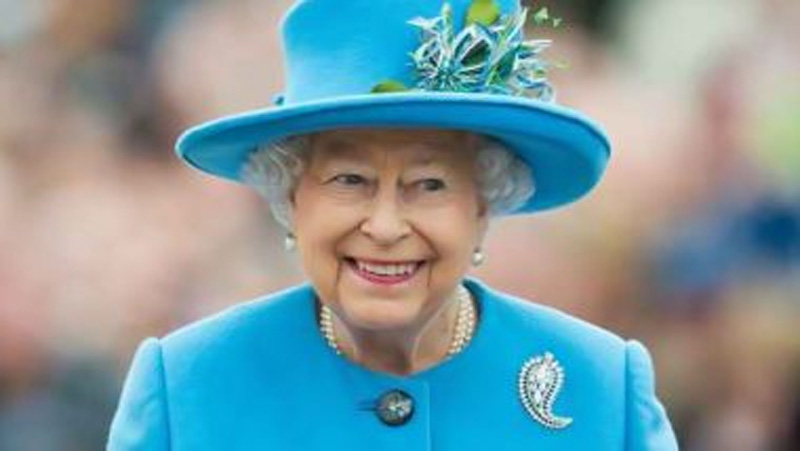 NEW DELHI, Sept 9:
Queen Elizabeth II was accorded a rousing reception in 1961 at Delhi’s Ramlila Maidan where she addressed a massive gathering in presence of the then prime minister Jawaharlal Nehru during one of her three State visits to India and had also formally inaugurated the institute buildings of AIIMS.
The 96-year-old queen died on Thursday at Balmoral Castle in Scotland after remaining the UK’s longest-serving monarch for 70 years. She was the first British monarch to celebrate a platinum jubilee earlier this year. Her husband Prince Philip predeceased her last year just a couple of months shy of turning 100.
Elizabeth II’s grandfather King George V and royal consort Queen Mary visited India to attend the historic Delhi Durbar in December 1911 to mark his coronation, and 50 years later, Queen Elizabeth II became the serving British monarch to visit India.
Seven years after her coronation in June 1953, she undertook her first royal visit to India, along with Prince Philip, the Duke of Edinburgh, in January 1961. The royal couple toured Mumbai, Chennai and Kolkata.
They also visited the Taj Mahal in Agra and paid tributes to Mahatma Gandhi at Rajghat in New Delhi.
In Delhi, the queen was given a rousing reception at the Ramlila Maidan, where she addressed a massive gathering of people, with Nehru and Prince Philip also present on the dais.
Several thousands of citizens cheered and waved small flags of both countries, as the royal couple were felicitated by the then mayor of Delhi Sham Nath, on a huge elevated oriental-style rostrum, with ceremonial Indian ‘hars’ (garlands).
The queen was gifted an artistic model of 12th-century minaret Qutub Minar, while the duke of Edinburgh received a silver candelabra, as per rare archival footage of the royal tour.
The platform, which now wears a rather faded look, and the Ramlila Maidan, located between New Delhi and Old Delhi, have witnessed some of the historic events that unfolded in the seven decades since Independence.
The queen, during the Delhi leg of her tour, had also attended the Republic Day celebrations at Rajpath (now renamed Kartavya Path).
Accompanied by Prince Philip, she also formally opened the institute buildings of the All India Institute of Medical Sciences on January 27 at a ceremony attended by the then president Rajendra Prasad.
AIIMS was established in 1956. A plaque commemorating the event still stands on a pillar inside the J L Nehru Auditorium building, and on its diamond jubilee in 2016, some of the rare images from her visit to the premier institute were displayed in an exhibition hosted on the campus.
The queen had also planted a tree on the grand opening of the campus, but it was lost to termites.
“It was a glittering ceremony and on the opening day, she had planted a tree. Unfortunately, we have lost that tree to termites. But we have planted new trees there,” the then director of AIIMS Dr M C Misra had told PTI in 2016.
The royal family in the past has recalled memories of the queen’s India visit, sharing old pictures from the tour on its official social media handles.
A portrait of the queen bearing “1926-2022” below it now has been put up on its social media page to mourn her death.
“The Queen and The Royal Family have a personal connection with India and have visited several times,” it had tweeted in 2017.
“The Queen’s first State Visit to India was in 1961, as the guest of Dr Rajendra Prasad, the first President of India,” the Royal Family had said in a subsequent tweet.
“Her Majesty has undertaken three State Visits to India, the first of which was in 1961 – The Queen addresses a crowd in Ramlila Ground and The Queen and The Duke of Edinburgh on a walkabout in New Delhi, 1961,” it had said in a tweet in 2019 and shared two rare pictures of the 1961 visit.
From India, the royal couple had gone to Pakistan.
Queen Elizabeth II and Prince Philip made two other visits to India – in 1983 and 1997, when India marked the 50th year of its independence.
Her son and heir Charles succeeds her on the throne as King Charles III. (PTI)