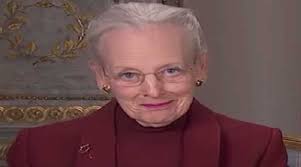 Copenhagen, Sept 10: Denmark’s popular Queen Margrethe II is now Europe’s longest-serving monarch and also its only reigning queen after the death of Britain’s Queen Elizabeth II.
Hailed for unifying and modernising the Danish monarchy in her 50 years on the throne, Margrethe II has scaled back golden jubilee festivities this weekend following the death of Britain’s queen of seven decades on Thursday.
At 50 years and seven months on the throne, she is now the longest-reigning monarch in Europe following the death of her third cousin, Queen Elizabeth. She is trailed by her first cousin, Carl XVI Gustaf of Sweden, who has been king for 48 years.
Margrethe is also Europe’s only reigning queen, although four countries — Belgium, the Netherlands, Spain and Sweden — have crown princesses.
Margrethe II came to the throne at the age of 31 in January 1972 on the death of her father, Frederik IX, becoming the first woman to hold the position of reigning queen in Denmark. She took her reign name Margrethe II in recognition of Margrethe I, who ruled Denmark from 1375-1412 but never formally held the title.
At the time of her accession, only 45 per cent of Danes were in favour of the monarchy, most believing it had no place in a modern democracy. During her reign, however, Margrethe has managed to stay away from scandal and helped to modernise the institution — allowing her two sons to marry commoners, for example.
Today, the Danish monarchy is one of the most popular in the world, enjoying the support of more than 80 per cent of Danes, international media reports said.