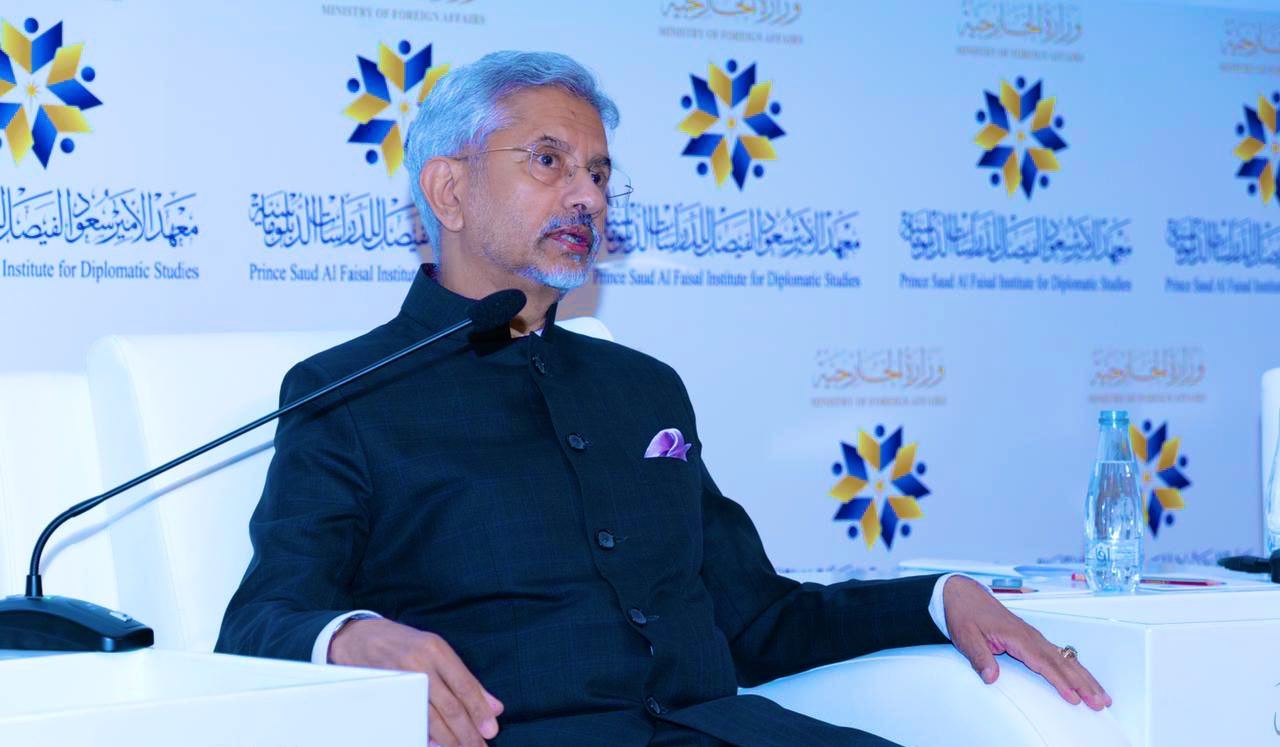 RIYADH, Sept 11: India has made powerful efforts to grow its economy and emerge as a higher-income country, External Affairs Minister S. Jaishankar has said, expressing hope that it will be the fastest growing major economy in the world this year with at least 7% growth despite the challenges posed by the Ukraine crisis.
Mr. Jaishankar arrived September 10 for a three-day visit to Saudi Arabia to discuss ways to further strengthen relations between the two countries. It is his first visit to Saudi Arabia as External Affairs Minister.
“Began my visit to Saudi Arabia with interaction with our community. Appreciated the contribution of our diaspora in facing national challenges. Spoke to them about our country’s resilience, especially during the time of the COVID-19 and national transformation that is underway in India,” Mr. Jaishankar tweeted.
Addressing the Indian community here on Saturday, Mr. Jaishankar said: “India thinks about the ways in which it can change its credit, banking, education and labour policy.” He said that India has made powerful efforts to grow its economy and move towards becoming a higher-income country.
“A lot of this required a vision, prudent management of our fiscal resources,” he said.
“Many big reforms have taken place and we can see the result of that in two very interesting developments. In the year ending March 31, 2021 we have posted the highest export that we have ever done. Our total exports were USD 670 billion.
Trade in goods stood at USD 400 billion”, he said.
He pointed out that the world is facing many challenges, like rising food, oil and shipping prices due to the Ukraine crisis.
“But we are still very confident that India will be the fastest growing major economy in the world this year. We will get at least 7% growth,” he said.
Mr. Jaishankar stressed that the idea of India as a trading power has become credible today.
He said that India’s economic recovery after COVID-19 is worth studying.
He said many nations spent a lot of money during the COVID-19 period.
“I would say like a knee-jerk…they were in a hurry to respond to the crisis situation. So they did not all of them necessarily use their funds and resources wisely,” Mr. Jaishanakar said.
He said India instead focussed on creating a safety net.
He was there was a programme to give free ration to 80 crore people.
“No country in the world has done it,” he said.
There is programme to give money to the bank account of 40 crore people.
He also lauded India’s efforts to deal with the COVID-19 crisis. He said at the onset of the pandemic, India did not make masks and ventilators. He said people did not know about PPE kits.
“We could not only make what 1.3 billion people needed, but we could also set up centres of dedicated treatment for people who came down with COVID-19,” the minister said. India was able to produce COVID-19 vaccines in large numbers.
“There were made in India vaccines available for 1.3 billion people,” he said.
“I go for tours and see that people of several countries have not been vaccinated as they did not have them. Countries which had everything but still people are not vaccinated,” the minister said, adding that India was able to close this gap with continued efforts.
Mr. Jaishankar also lauded the growing ties between India and Saudi Arabia.
He said during the COVID-19 crisis, “We saw our international friendships also deliver at that point of time.”
“Saudi Arabia was very helpful and provided supplies of oxygen. Two years of COVID-19 are when the country was tested but we came through,” said Mr. Jaishankar.
Speaking about the key role the Indian diaspora plays in the ties between the two countries, Mr. Jaishankar said, “In many ways, all of you shaped the image of India and what Saudis think about India and what we are about.”
“Consciously or unconsciously, all of you through your achievements, contributions, profession, and friendships have collectively built up what is the total Saudi perception of India. For that, your country will be always grateful,” he said.
“One of our foreign policy priorities is to ensure that our people get good treatment abroad,” he said.
Speaking about Vande Bharat Mission to evacuate Indians stranded in various nations during the COVID-19 crisis, Mr. Jaishankar said: “We brought back 70 million people under the Vande Bharat Mission from all over the world. No one has done that, it is the biggest evacuation and was done during the Covid-19 pandemic. That is India that the world sees today.”
During his interaction with the community, he spoke about universalising wellness and yoga.
“Spreading wellness and yoga, we would definitely encourage,” he said in response to a question.
He said under the new education policy, India is striving to rapidly expand higher education.
On a question about having an Indian cultural centre in Saudi Arabia, Mr. Jaishankar said he will take this concern on board. (Agencies)