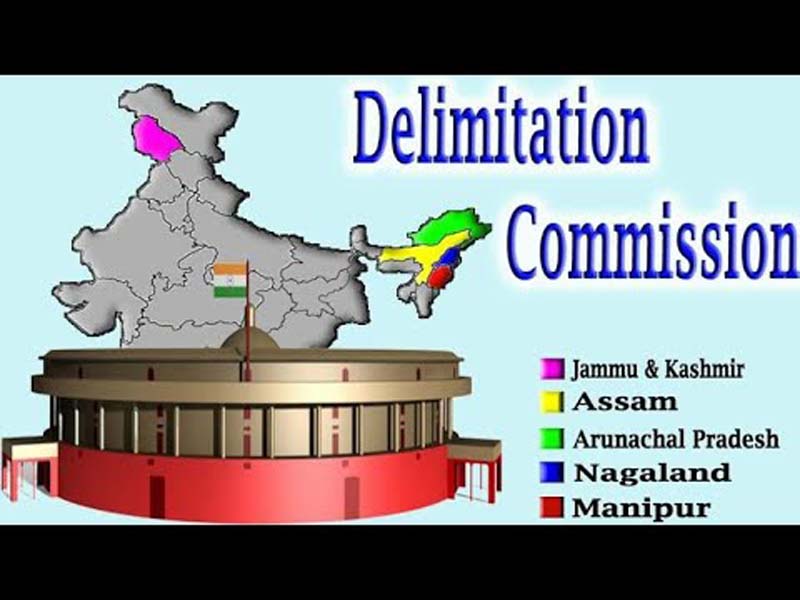 Indications of reservation of around 1/5th segments

*7 SC constituencies in Jammu to be dereserved

JAMMU, July 21: The Delimitation Commission is working on data obtained from the Associate Members and District Electoral Officers (DEOs) of Jammu and Kashmir for reservation of around 18-20 Assembly seats for Scheduled Castes (SCs) and Scheduled Tribes (STs).
Reliable sources told the Excelsior that the Commission has already taken data from the DEOs about the districts, tehsils and previous Assembly constituencies which had maximum number of SC and ST electorates during their four-day visit to Jammu and Kashmir and prior to that the virtual meeting of an Election Commission official with the DCs.
“Two out of five Associate Members of the Commission have also given their submissions to the Delimitation Commission,” sources said.
According to sources, the data pertaining to districts, tehsils and existing Assembly constituencies with maximum population of SCs and STs is significant as it indicates that the Commission could reserve 18-20 Assembly seats for the two castes in the Union Territory of Jammu and Kashmir.
“The Delimitation Commission is next scheduled to meet the Associate Members but only after finalization of draft report and compilation of data for proposed reserved constituencies to take their opinion,” sources said.
Going by 18-20 seats, they said, the Commission could reserve seven to eight seats for Scheduled Castes and 11 to 12 for Scheduled Tribes. While SC seats will be reserved only in Jammu region as they have no population in Kashmir, the ST seats will be reserved in both the regions.
In the last Assembly, seven seats were reserved for Scheduled Castes while the Scheduled Tribes didn’t have any political reservations. This will be for the first time that the STs would get seats reserved for them in the Jammu and Kashmir Assembly. Seven seats reserved for SCs include Chhamb, Domana and RS Pura in Jammu district, Hiranagar in Kathua, Chenani in Udhampur, Samba and Ramban.
However, according to sources, all these seats are likely to be de-reserved by the Delimitation Commission and altogether new seats will be reserved for the SCs, all in Jammu region.
“Seats will be strictly reserved based on population of the SCs,” sources said.
It may be mentioned here that seats reserved for the Scheduled Castes had to be rotated after every two Assembly elections but in Jammu and Kashmir four elections (1996, 2002, 2008 and 2014) were held on same seven seats without rotating them.
During its four-day visit to Jammu and Kashmir from July 6-9, the Delimitation Commission had interacted with all 20 Deputy Commissioners, who happened to be the District Electoral Officers (DEOs) of Jammu and Kashmir, on host of issues including districts, tehsils and previous constituencies which have maximum population of SCs and STs. Prior to the meeting, a representative of the Commission had held virtual meeting with all 20 DEOs to take data pertaining to delimitation of the constituencies including the reserved seats.
“The Delimitation Commission will call five Associate Members for the meeting after finalization of its draft report and other issues,” sources said.
The Commission had called five Associate Members for a meeting in February in New Delhi this year but only two of them had turned up including Union Minister of State in the Prime Minister’s Office (PMO) Dr Jitendra Singh and Jammu-Poonch Lok Sabha member Jugal Kishore Sharma, both from BJP. Three NC MPs from Kashmir, who are also Associate Members of the Commission, had boycotted the meeting. However, there were enough indications that the NC members might attend second meeting of the Associate Members to be called by the Panel though a final decision has been left by the party on president Dr Farooq Abdullah.
Once the delimitation exercise is completed, the number of Assembly seats in Jammu and Kashmir will go up from 83 to 90.
Twenty-four seats of the Assembly continue to remain vacant as they fall under Pakistan-occupied Kashmir (PoK).
While splitting Jammu and Kashmir into two Union Territories through the Reorganization Act, the Union Home Ministry had increased Assembly seats of Jammu and Kashmir by seven taking total seats to 114-24 of which are reserved for Pakistan occupied Kashmir (PoK) while election will be held for 90 seats.
Erstwhile State of Jammu and Kashmir had 111 seats including 24 reserved for PoK while elections were held for 87 seats. With creation of Ladakh as Union Territory, four seats of the region were reduced and the Assembly was left with 83 seats. However, with increase of seven seats, J&K UT will have an Assembly of 90 seats. Two Women MLAs will be nominated to the House, which was the position earlier also.
In the previous Assembly, Kashmir had 46 seats, Jammu 37 and Ladakh four.
Delimitation of the Assembly constituencies was last held in 1994-95 during the President’s Rule when seats of the erstwhile State Assembly were raised from 76 to 87. Jammu region’s seats were increased from 32 to 37, Kashmir’s from 42 to 46 and Ladakh’s two to four. However, the delimitation was freezed in 2002 by the then National Conference Government headed by Dr Farooq Abdullah in lines with the decision taken by then Central Government led by Atal Bihari Vajpayee.
Elections to the Legislative Assembly will be held only after delimitation of Assembly constituencies is completed.