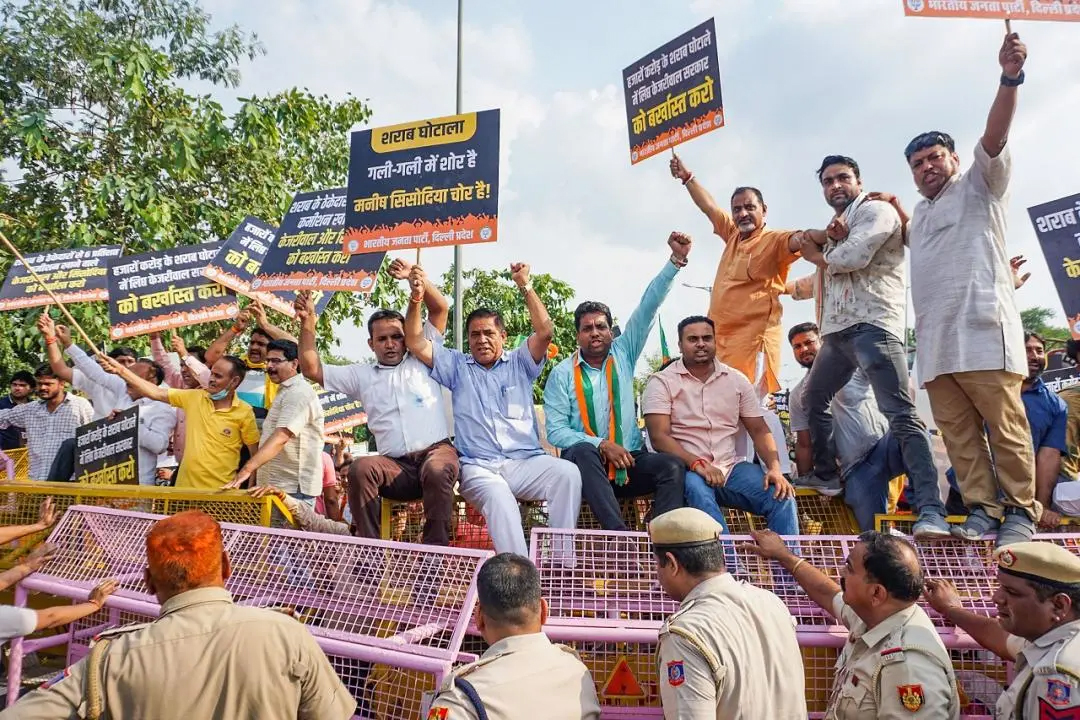 NEW DELHI, Sept 9: The BJP’s Delhi unit led a protest of slum-dwellers, auto drivers, and senior citizens near the residences of Chief Minister Arvind Kejriwal and his ministers, demanding Deputy Chief Minister Manish Sisodia’s dismissal over the alleged liquor scam.
Adesh Gupta, president of the BJP’s Delhi unit, said people were with the party as the “excise scam” that benefitted the liquor mafia at the cost of public money had been exposed. Gupta led the protest near Sisodia’s Mathura Road residence.
He added that the Kejriwal Government was trying to evade answers, but the BJP would not rest till Sisodia was removed.
Leader of Opposition Ramvir Singh Bidhuri and BJP Delhi unit general secretary Dinesh Pratap Singh led the protest outside the chief minister’s residence.
Various cells of the BJP’s Delhi unit, including those representing slum-dwellers, auto rickshaw drivers, senior citizens, apart from party workers from Uttarakhand, Himachal Pradesh and the southern states, protested outside the residences of AAP ministers.
The Central Bureau of Investigation (CBI), which is investigating alleged irregularities in the implementation of the Delhi Government’s Excise Policy 2021-22, has named Sisodia as an accused in its FIR.
AAP leaders, including Kejriwal and Sisodia, have denied the allegations.
They have alleged that the BJP, “rattled” by Kejriwal’s rise as a challenger to Prime Minister Narendra Modi ahead of the General Elections in 2024, was trying to topple the Government in Delhi. (PTI)