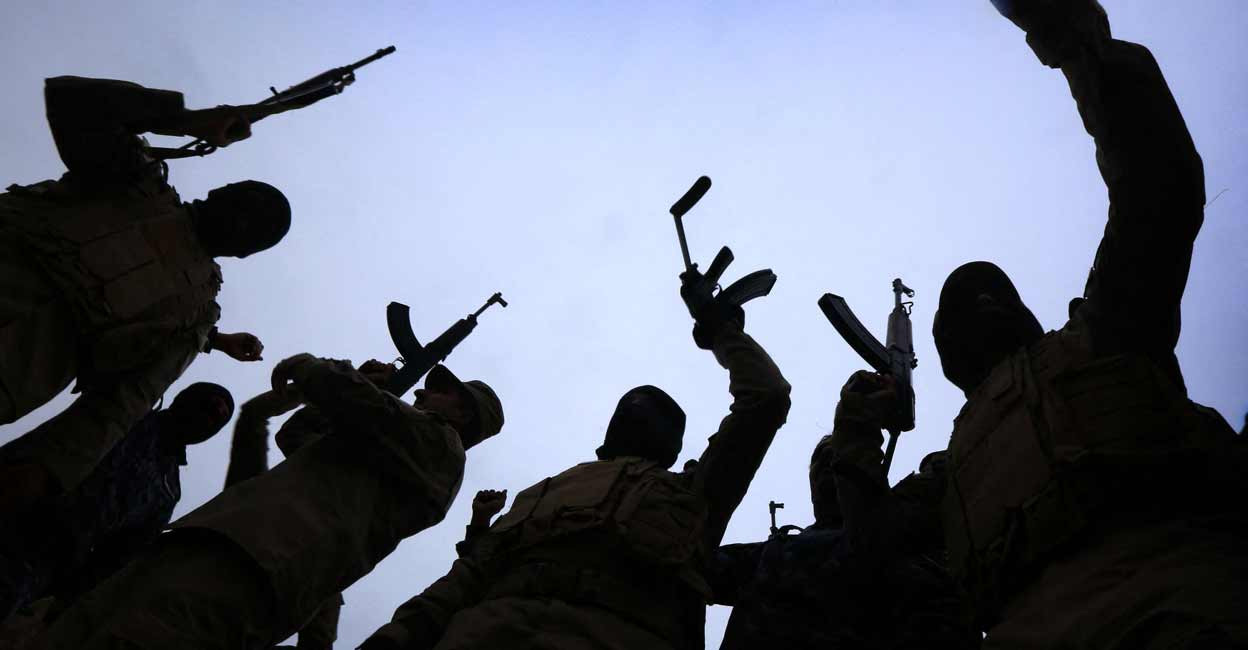 Fundamentalism is the bane of the reasons behind sprouting and sponsoring of terrorism that is threatening peace, progress and individual liberty wherever it has gained its foothold. The two countries – India and Bangladesh are thus committed to fighting the two evils as both the countries are threatened by the scourge in a peculiar way that to weaken and even attack the bonds of friendship and trust between the two countries. It is to be seen in the context of how both the countries have suffered immensely and India suffering even now due to the state policy of aggression, spreading hate and rolling out elements by Pakistan that create violence and threaten peace. Bangladesh cannot forget what Pakistan did even prior to and then on a massive scale in 1971 with it which resulted in its separation from to become a new independent and a sovereign state. On the other hand, India reeling under Pakistan sponsored terrorism and suffering for the last four decades and even now attempts of infiltration from Pakistan and sending trained militants along with arms and ammunition to create disturbances and spilling innocents’ blood continuing.
Bangladesh, despite all odds, misunderstandings and humps from many quarters, mostly sponsored and encouraged by Pakistan and its various fundamental agencies as also even by China, has been maintaining relations with India based on mutual trust, cooperation, promoting peace and expanding trade and commerce. There could, however, becertain issues and problems like water sharing, illegal immigration into the country from numerous porous points along India-Bangladesh borders creating social and even economic problems locally but in a spirit of understanding each other’s viewpoint and appreciating concerns, both the countries are moving forward to keep on further cementing mutual ties . That speaks for both the countries signing an agreement on water sharing for Kushiyara River though on interim basis only.
It may be recalled that as back as in 1996 a similar treaty was signed between the two countries known as Ganga Water Treaty. However, Teesta water sharing agreement is a major issue eluding resolution for over a decade surprisingly due to certain reservations on the issue by West Bengal Chief Minister Mamta Banerjee. It may be noted that Teesta River is the second largest river of West Bengal only after the Ganga River. May it be plainly acknowledged that indications were given by the visiting PM of Bangladesh about the ”need” of an early resolution of the Teesta River water issue which even figured in the joint press statement of the two countries wherein it was hoped “that the issue of Teesta water will be resolved soon”.
Since any agreement, especially on watersharing, must beon the basis of accruable benefits between the two countries, it is hoped that Assam in India and Sylhet region in Bangladesh would be vastly benefitted with the agreement signed in respect of Kushiyara River. Since it was the single vast country prior to 1947 and bestowed in plenty by nature with rivers and water bodies, there are as many as 54 rivers passing through the borders of the two countries which are a continuous source and means of sustainable livelihood of the people of both the countries hence assuming lot of importance for both the neighbouring friendly countries.
The visit of Bangladesh Prime Minister Sheikh Hasina has made it amply clear that ”India is the most important and closest neighbour of Bangladesh” sending clear signals to any ”third country” as the visiting dignitary put it , cannot impact our mutual relations as both the countries are ”conscious of mutual security ” . Prime Minister Modi had reportedly hinted during the talks about the ”expanding threat” from China in the region. Coming to economics, commerce and trade which are prime concerns of every country, as many asseven important agreements were signed between the two countries which besides the Kushiyara River water sharing agreement comprise training of Railway personnel of Bangladesh in India, exchanging cooperation towards IT related projects in that country, Power projects with a generation capacity of 1320 MWs involving Rs.200 crore , Projects related to Railways network in Bangladesh and the like.
Sheikh Hasina was quite satisfied with Indian PM’s ”visionary” leadership that provided ”momentum to bi-lateral relationship”. Attacking in a veiled form both Pakistan and China, Sheik Hasina admitted that India-Bangladesh relations are known to be a ”role model for neighbourhood diplomacy”. However to further and strengthen such a wonderful mutual trust , constant endeavours must be made to try to settle all bi-lateral pending issues to frustrate and pre-empt any fishing in by the opportunist hawks in the troubled waters which however must remain troubles free.