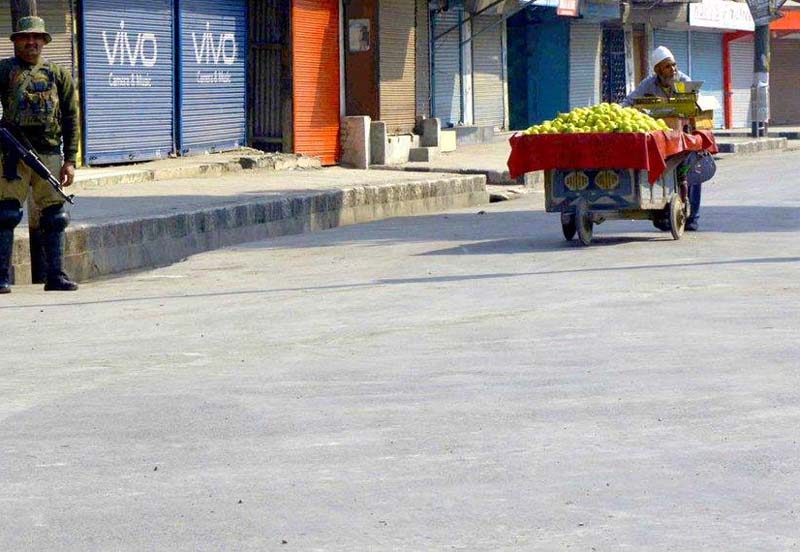 Excelsior Correspondent
JAMMU, Sept 16: Ghulam Nabi Gundana, a leader of banned outfit Jamaat-e-Islami (JeI), was laid to rest today amid a curfew in his home town in Kishtwar.
However, the curfew was lifted within hours of Gundana’s burial as the situation remained peaceful with no untoward incident reported during the 70-year-old JeI leader’s burial, which was attended by his relatives and neighbours, reports said.
The curfew was imposed in Kishtwar town and adjoining areas late on Sunday as a precautionary measure to maintain law and order following the death of Gundana, a retired Government teacher, at a hospital in Punjab’s Ludhiana, where he was shifted recently for specialised treatment.
Gundana had undergone a surgery and was spared arrest during a major crackdown on the JeI leadership on March 2. He was also affiliated to the Hurriyat Conference.
“The situation in the curfew-bound areas remained peaceful and there was no report of any untoward incident during the burial of the JeI leader. Hence, the curfew, which was promulgated as a precautionary measure to maintain peace, was lifted,” officials said.
They added that Gundana’s body reached his home in the wee hours today and his “Nimaz-e-Jinaza” (a prayer ceremony before burial) was held at the Jamia Masjid complex. The JeI leader was laid to rest at his ancestral graveyard near Choughan.
Initially, the restrictions were eased in the town after Gundana’s burial. Subsequently, policemen made announcements informing people about the complete lifting of the curfew, they added.
Sources said the police and paramilitary forces, who have been deployed in strength in the sensitive areas, have been directed to keep a close watch on the situation.