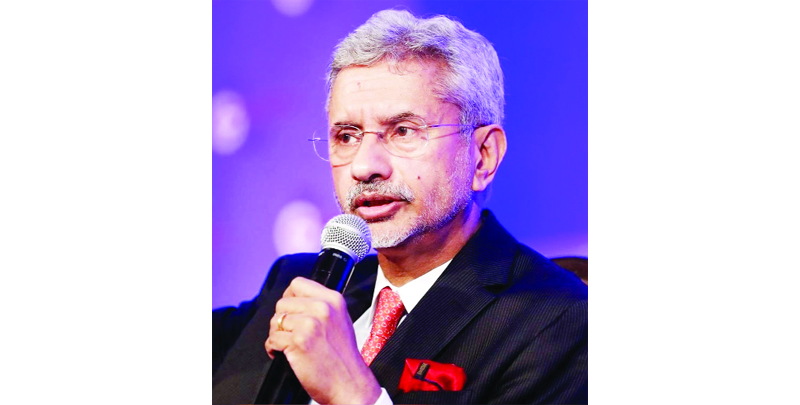 NEW DELHI, Sept 6:
External Affairs Minister S Jaishankar on Tuesday hailed Australia as “an early and vigorous supporter” of India’s Indo-Pacific Oceans Initiative (IPOI) and said the relations between the two countries have shifted gears and moved into a higher orbit.
In an online address to the Australia-India Leadership Dialogue 2022, the minister said a trade of over USD 20 billion and investments at the USD 25-billion level stand to rapidly expand by the Economic Cooperation and Trade Agreement concluded in April 2022.
He also said Australia is a major educational destination for Indian students, who number in excess of 100,000, while the Indian community, estimated at 7.2 lakh, is a source of strength for both societies.
“But it is really in the realm of politics and strategy that the transformation has been the sharpest. Much of the growing convergence has been driven by concerns about the region’s stability, prosperity and security,” Jaishankar said.
He further said the deficit in global goods has been sought to be addressed by India and Australia working together bilaterally as well as in larger formats.
“This reflects their shared concerns about respect for international law and a rules-based order. The two countries may have long interacted in ASEAN-led forums, Commonwealth, Indian Ocean Rim Association, etc. But stronger leadership and more open exchanges have brought out the mutual benefits of closer cooperation and coordination.
“Australia has been an early and vigorous supporter of India’s Indo-Pacific Oceans Initiative (IPOI). In fact, the big change has been the realization that a stronger bilateral relationship today allows the two nations to contribute much more effectively at a regional and at a global level,” he added.
The IPOI builds upon the ‘Security and Growth for All in the Region’ (SAGAR) initiative announced by Prime Minister Modi in 2015.
The Australia-India Indo-Pacific Oceans Initiative Partnership (AIIPOIP) in particular is focussed on maritime cooperation in the Indo-Pacific to support an open, inclusive, resilient, prosperous and rules-based maritime order.
Jaishankar also talked about a new intensity in the interactions between the two countries from the leadership level downwards and referred to a number of agreements in recent months.
These include pacts ranging from maritime collaboration, defence science exchanges, mutual logistics support to cooperation in cyber-enabled critical technology, critical and strategic minerals, water resources management, vocational education and training, as well as public administration and governance.
“These milestones bring out the interactive dynamic between the bilateral and the regional facets of our cooperation,” he said.
He further said that greater political confidence and stronger defence cooperation have also contributed to the participation of Australia in Exercise Malabar 2020, while a better understanding on space applications front has led to the Australian support for the temporary Telemetry Tracking and Command Centre for the Gaganyaan Mission of India.
The minister said that recent international developments have given even greater salience to global cooperation and the unpredictability of global supply chains has created legitimate concerns about the resilience and reliability.
“Similarly, a more digital world puts a greater premium on trust and transparency when it comes to data. As political democracies, market economies and pluralistic societies, India and Australia share a strong interest in all these domains,” he added. “As with any important relationship, there is a larger context for its growth and deepening. The Indo-Pacific, in particular, will benefit from the fruits of our collaboration. The Quad, on its part has emerged as a key platform for ensuring progress, prosperity, stability and security.
“We are also engaged in advancing the realization of the Indo-Pacific Economic Framework. And trilaterally, along with Japan, we are working on promoting supply chain resilience,” he added. (PTI)