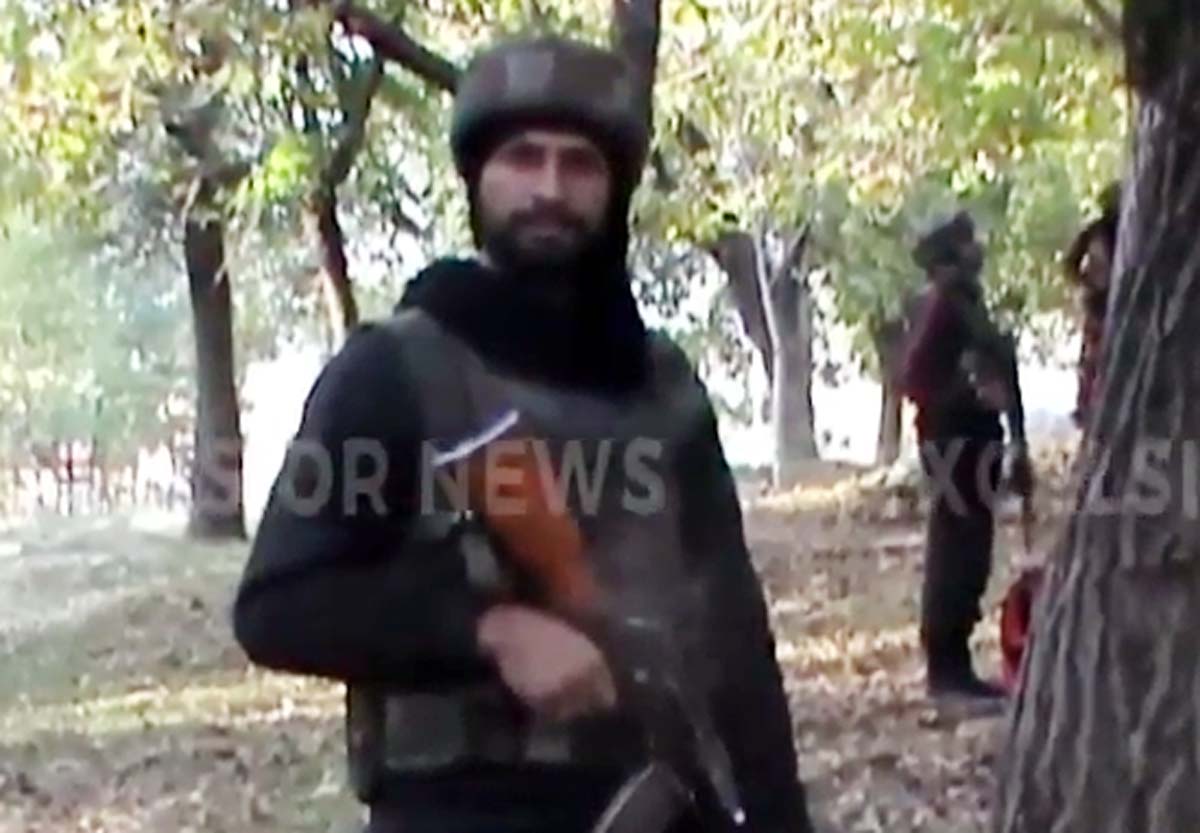 Excelsior Correspondent
Srinagar, Sept 22: A soldier was injured in an encounter with militants near the Line of Control (LoC) in Tanghdar sector of North Kashmir’s Kupwara district today as Army foiled an infiltration bid while Pakistani troops violated ceasefire in the area by targeting forward posts.
The troops of Army’s 20 JAT challenged the movement of a group of militants near Eagle Post along the LoC early today. Army this morning noticed movement of a group of militants infiltrating into the sector. The troops deployed near the fence challenged the infiltrators. After the challenge, the infiltrators opened fire on the Army triggering a brief exchange of fire. A soldier was injured in the gun battle and he was removed to hospital for treatment.
Sources said that at least four militants managed to infiltrate into the sector and Army has brought reinforcements and vast forest area near the LoC has been cordoned off after militants fled following brief encounter. Army is looking for the infiltrated militants who they believe are hiding in the area.

An Army officer said that the troops manning the fence along the LoC foiled the infiltration bid today in the morning. He said that the operation is underway and troops are conducting searches in the area.
And Pakistani troops this morning violated ceasefire in Tanghdar sector of North Kashmir’s Kupwara district.
Sources said that at around 2 a.m, Pakistani troops targeted Black Rock Post of Army in Tangdhar sector of Kupwara with small arms. However, Army didn’t retaliate. The firing continued intermittently for at least 15 minutes.
Security forces today launched a massive search operation in over half a dozen villages of South Kashmir’s Pulwama district following the killing of three policemen yesterday.
A joint team of Army’s 55 RR, 53 RR, 23 Para, Special Operations Group of Jammu and Kashmir Police and CRPF’s 182nd,183rd battalions launched cordon and search operation in more than half a dozen villages of Pulwama district early morning.
The door-to-door searches were conducted in Lassipora, Armula, Alaipura, Batnur, Garbug, Naupora Payeen, Hajdarpora and Achan villages of the district.
Security forces conducted house to house searches against the militants who killed three police men after their abduction. Commander of 12 sector of RR Brigadier Harbir Singh was monitoring the operation. However, no militants were found in the area and operation was called off in the afternoon.