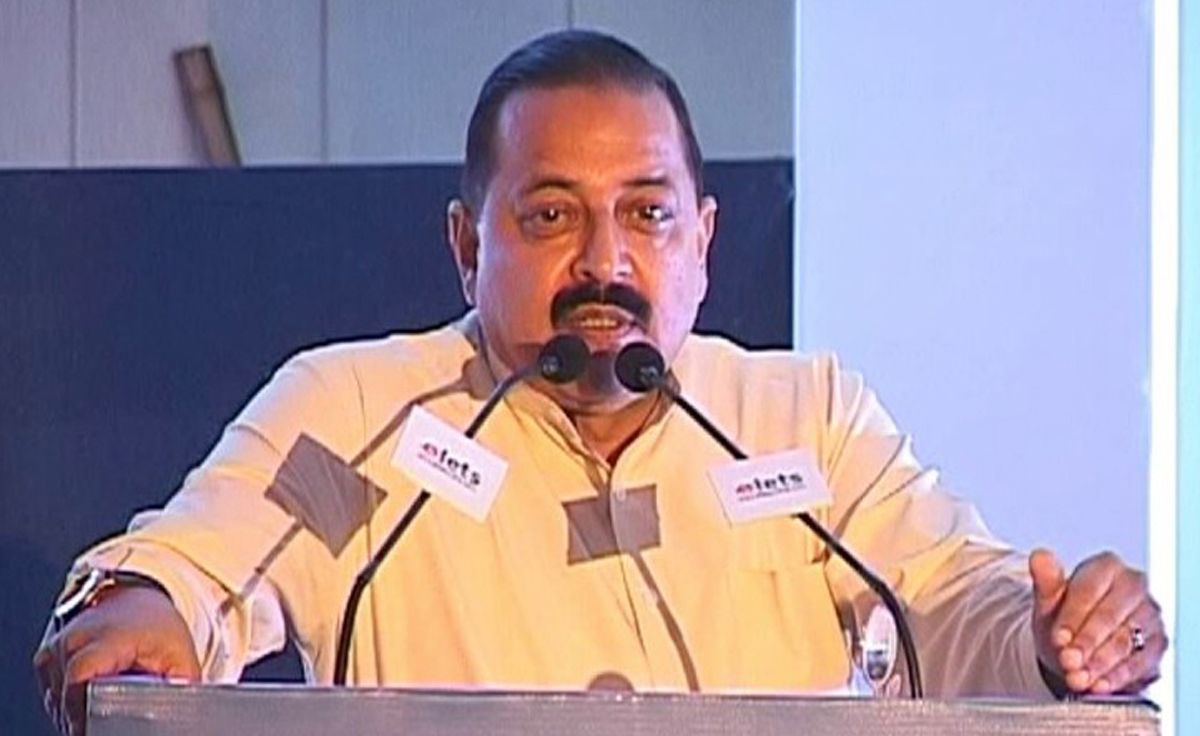 NEW DELHI, Sept 22:
Hitting out at some of the Kashmir-centric politicians and so called intellectuals who tactically try to justify every act of terrorism, Union Minister Dr Jitendra Singh said here today that these Kashmir “apologists” are often found speaking like Pakistani spokespersons.
Speaking to media persons on the sidelines of a youth congregation here, Dr Jitendra Singh said, he was particularly appalled when, yesterday, soon after the ruthless killing of three SPOs by Pak-sponsored terrorists, some of the Kashmir politicians, albeit claiming to be from the mainstream, instead of denouncing this brutal act of terror, found it more appropriate to accuse the security forces and the Government for anti-militancy operations which, according to them, had led to the provocation among terrorists to indulge in abduction and killing of the Indian soldiers.
Does this amount to suggesting that instead of combating and fighting against Pak-sponsored terrorists, the security personnel and the Government of India should, instead, be kneeling down before the terrorists and seeking their goodwill so that they do not get provoked and resort to killing of soldiers and civilians,”? he asked.
Later, interacting with youth, Dr Jitendra Singh said, the very meaning of the English idiom “muscular policy” is either not adequately understood or is being deliberately misinterpreted. He explained that the connotation of “muscular policy” applies when a fascist or an authoritarian force is applied to oppress a gullible, unarmed section of people, which, in other words, would amount to oppressive exploitation of the innocent for vested interests. The expression “muscular policy”, he said, loses its meaning when a terrorist attacks you with guns and arms, and you have no option but to fight back for defence.
Taking a dig at the Kashmir apologists and the sympathizers of terrorists, Dr Jitendra Singh asked, what would be the response of these protagonists if one of them suddenly happens to be confronted with a terror attack with the showering of bullets and hurling of bombs. Will, in that case, he asked, these apologist activists still show the courage of conviction and neither retaliate nor fight back in self-defence, and instead, applaud the terror attack on them so that they do not provoke the terrorist, even if they have to lose their lives.
Many a security personnel, Dr Jitendra Singh said, have lost their lives in recent years, while thwarting terror attacks on these protected politicians who are raising the alibi of not causing provocation to the terrorists. He said, the propriety demands that these “chivalrous” protagonists should give up the security provided to them and move around unprotected so that, in their own words, the SPOs and PSOs around them do not prove to be a source of provocation for the terrorists with whom they tend to sympathize.