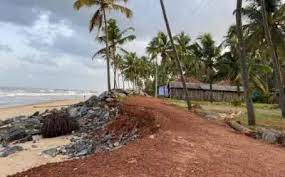 Omaha, Feb 6: The US Economy surprised analysts by adding 467,000 jobs in January, overcoming omicron concerns and continuing a long streak of gains, the Bureau of Labour Statistics reported on February 4, 2022.
Yet at the same time, the unemployment rate ticked up a notch, from 3.9% to 4%.
Confused? Shouldn’t a large increase in jobs drive joblessness lower?
I believe the main culprit behind these conflicting results is a jump in the number of people rejoining the job market – in fact, the biggest increase in 19 months.
The share of working-age Americans either in work of looking for work – known as the labour participation rate – dropped steeply at the beginning of the pandemic.
But there are signs that labour participation may finally be turning around. From a low of 60.2% in April 2020, it has slowly risen since. And the latest report showed it climbed a further 0.3 percentage point to 62.2% in January, the highest since the depths of the pandemic in mid-2020. The 2.2 percentage point gain since April 2020 may not seem huge, but it equates to about 5.8 million people rejoining the workforce.
As an economist who has been following the labour market closely for the past year, I think people are being both encouraged and forced back into looking for work. My interpretation of the evidence suggests that those who quit and held off getting back into the labour force are now finding job opportunities that are too valuable to pass up.
For one thing, wages continue to increase – they grew rapidly in January 2022, with average hourly wages up 5.6% from a year earlier.
At the same time, it appears that many businesses are responding to workers’ desires for some flexibility in scheduling and a better work/life balance.
Greater job flexibility can be seen in the jump in the number of Americans working remotely. The number of employees working from home because of the pandemic increased to 15.4% of the workforce in January, as the omicron variant spread and staffers were given the option to work from home.
But it isn’t just employer-driven factors behind the increase in labour participation.
For those without a job and stable income, personal resources can get depleted over time. Some people who left the workforce early on in the pandemic may have been able to get by and cover essential spending such as housing and groceries by relying on personal savings, support from family members or generous pandemic-related government benefits.
Those resources are not infinite, however. The number of long-term unemployed Americans declined in January, following a trend observed throughout 2021, suggesting that a growing number are returning to the workforce.
Moreover, the cost of living is soaring at the fastest pace in 40 years. And for households that had been relying on a single income during the pandemic, the problem is made worse by the fact that wages are lagging behind, putting pressure on families.
In other words, job holdouts might not be able out hold out much longer if inflation continues to outpace wage increases.
But even with the uptick in the labour participation rate, the U.S. Economy still has a long way to go before the ongoing labour shortages hammering companies end and the job markets return to pre-pandemic levels. (The Conversation)
(AGENCIES)