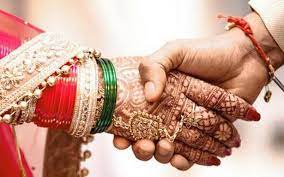 Reena Rani
Recently Union Cabinet approved the proposal to change legal age of marriage for women from 18 to 21 years. In June 2020, the Ministry for Women and Child Development set up a task force to look into the co-relation between the age of marriage with issues of Women’s nutrition , prevention of Anemia, IMR, MMR and social indicies. A Committee was constituted headed by former Samata Party President Jaya Jaitly, also had on board NITI AYOG member (Health) Dr V.K Paul and Secretary of several ministries. The Committee was constituted with the objective to look into the feasibility of increasing the age of marriage and it’s implication on women and child health as well. The Committee was to also recommend a timeline by which the Government could roll out the implementation and amendments which would required to be done . However it is noted that the law commission reports in the year. 2008 had submitted that on reforming family law uniform age of marriage for boys and girls should be 18 not 21 years. The Human Right Commission in 2018 had also recommended same age for marriage of girls and boys.
Amendment to marriage age contradicts other laws:-
The proposal amendment declares child as 21 years of age which contradicts law where the legal age of competence is recognized as 18 years.
The prohibition of child Marriage Amendment Bill 2021, overrides personal laws of Hindus, Christians, Muslims and Paris as well as Special Marriage Act of 1954.
Who is child under various laws
Many laws fix 18 years of age as majority.
The majority act of 1875 sets the age of majority at 18 years.
61st Constitutional Amendment Act 1988 declared age for voting for Parliament and Legislative Assembly as 18 years.
POSCO Act 2012 and Juvenile Justice Act 2015 defines a child as someone under the age of 18.
Right to Education Act 2009 says a child is someone between age of six to 14 years..
In Indian Contract Act 1872 a person should have attained the age of majority in order to be able to enter into a contract as specified in Majority Act of 1875. i.e. 18 years.
The Child Labour (Prohibition and Regulation) Amendment Act 2016 which prohibit the engagement of children in all occupations and bans adolescents in hazardous occupation , a child is a person who has not completed his 14 yearsof age and an adolescent means a person who has completed his 14 years of age but has not completed his 18 years of age. When we say that the age to enter into contracts and vote is 18 years, we are recognising that a person has the mental capacity to make decisions that will affect her life commercially or as a citizen but on the other hand , when it comes to her personal life , she doesn’t have the right to make a decisions .
The proposed laws intentionally or unintentionally make an artificial distinction . In order to provide women empowerment which the bill intends, the Government should focus on improving access to educational facilities which remain inadequate and deficient especially in rural areas. Better nutrition and health care ensure safety and security for women. Girls from poor families are more likely to be married at a very young age . It is because her family cannot afford expenses on education, training and other resources. So they prefer to get her married to give them a better quality of life . There is a lack of financial , self – sufficiency . Therefore the primary need is to uplift the resources for women belonging to rural areas, poor families and backward areas. It is, therefore, important to understand that merely increasing marriage age by legal provision may not sufficient. There is a necessity to escort this change with concomitant policies pertaining to education of girls.
As girls start pursuing higher education, marriage is pushed further, automatically increasing the age at marriage. The need of the hour, thus, is to accord importance to education of girls, as merely increasing age at marriage may not suffice or produce desirable outcomes. The awareness camps need to promote facilities which are provided by Government to backward people. A well educated and established women can herself decide best of her marriage age . The Govt must focus to frame policies to provide best facilities to them.
At current age of marriage for women and men I find that implementation of the child Marriage law is very hard. So there is no basis to increase it to 21 . If the concern is that there should be fewer pregnancies or to avoid early pregnancies among young girls, there are different ways to address that issue. I believe that the age of marriage should be uniform for men and women but I don’t welcome the move to increase it to 21. It is only hypothetical debate to revise the age of marriage because we don’t have an evidence that tinkering with age will serve any purpose in any ways. It is important that girls are not pushed into early marriage yet increase in the minimum age of marriage to 21 will be unproductive. As far as women empowerment is concerned which is the rationale behind this move marriage or the age of marriage should not be its primary focus. Infact increasing the age of marriage will either harm or have no impact by itself unless the root causes of the women disempowerment is addressed.
(The author is Legal Assistant J&K High Court)