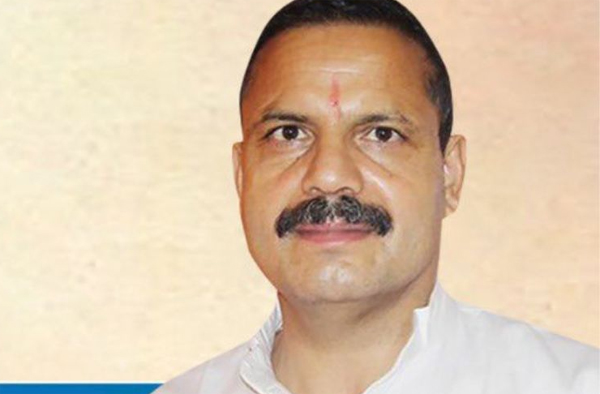 JAMMU, Sept 23: The Aam Admi Party (AAP) terminated former legislator Balwant Singh Mankotia from the party for anti-party activities, AAP election in-charge said today.
Mankotia, who was president of the Jammu and Kashmir National Panthers Party (JKNPP) before joining AAP in April, has hit out at AAP for deceiving people and said he is yet to decide the next course of his future.
“Party has taken serious note of these issues (anti-party activities) and after investigation, you have been found guilty. Therefore your basic membership with AAP standards terminated from September 23”, AAP election in-charge Harjot Singh Bains said in a letter to Mankotia.
AAP charged him with engaging with other national and regional parties of J&K and failure to engage or participate in any of its political activities besides not performing any task given by the party in the last three months. Click here to watch video
As per the letter, Mankotia has also been charged with serious allegations of influencing AAP volunteers to join other parties and offering them positions in other parties and defaming the party on media platforms.
Reacting to the development, he told reporters, “I am not a primary member of the party. I am on their party. What right do they have to expel me?”
The former MLA said, he had gone there for some days as he felt that the party will do something good for the Union Territory but within a fortnight he felt that it caused more damage than good to J&K and was not active at all.
He said he has not done any anti-party activity in any way and all the allegations against him are bitter lies.
In the past, he served as the president of the Jammu and Kashmir National Panthers Party and represented Udhampur in the Legislative Assembly from 2002 to 2014.
Mankotia joined AAP along with ex-MLA Yash Paul Kundal and over 100 other J&K leaders in the presence of Delhi Deputy CM Manish Sisodia and Environment Minister Gopal Rai on April 8.