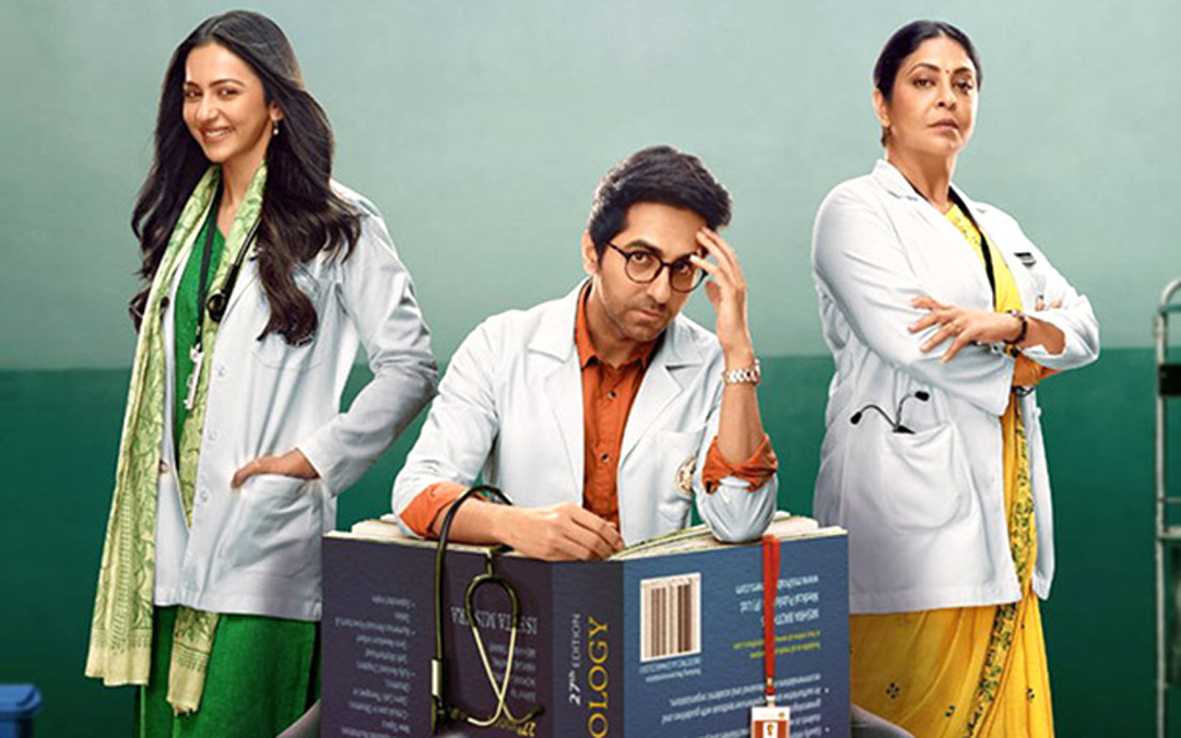 Saurabh Bharat and Vishal Wagh’s story is decent, though it does give a déjà vu of films like MUNNA BHAI MBBS [2003], 3 IDIOTS [2009], etc. Sumit Saxena, Saurabh Bharat, Vishal Wagh and Anubhuti Kashyap’s screenplay is all over the place in the first half. But it gets better in the second half once the message of the film comes to the fore. Also, the track of Kavya (Ayesha Kaduskar) adds a lot to the film. Sumit Saxena’s dialogues are simple yet effective.
Anubhuti Kashyap’s direction is decent and the debutant director handles certain scenes very well. Her biggest achievements are that she manages to normalize the conversation surrounding certain taboo topics with regard to the female reproductive system. She also gives a novel experience to the viewers at certain places. The scene where pregnant women shout the loudest so that their delivery happens before the others is too funny. The track of Uday’s mother and Kavya leaves the maximum impact and will be loved for the way it has been sensitively handled.
Sadly, DOCTOR G is not without its share of blemishes. To begin with, it could have been better titled as one fails to understand what does ‘G’ stand for in DOCTOR G. The film starts on a fine note but later, the ragging scene fails to raise any laughs. Viewers will be confused to see why Uday is so desperate to say sorry to Jenny (Priyam Saha), and when and how did Uday and Fatima get so close. Also, how come a misogynistic person like Uday forgives the girls so easily after they rag him (and how)? The romantic track is quite weak and the way Rakul’s character gets almost forgotten in the last 30 minutes might not be loved by those expecting this film to be a proper love story. Lastly, the film’s adult certification is uncalled for as the content is such that it deserves to be seen by people of all ages.
Ayushmann Khurrana is in his element. This is a film which is right up his alley, and he does a fabulous job. He especially shines in the emotional scenes in the second half. Rakul Preet Singh looks beautiful and gives a fair performance. Sadly, she is relegated to the backseat in the last act. Shefali Shah is dependable as always, but one wishes her back story was established. Sheeba Chadha is praiseworthy and her outburst in the second half is memorable. Ayesha Kaduskar is the surprise of the film and leaves a huge mark. Indraneil Sengupta is apt for the role. Abhay Mishra adds to the fun. Paresh Pahuja, Priyam Saha, Shraddha Jain (Dr Kumudlatha Pamulparthi Diwakaran aka KLPD) and others are okay. The songs are forgettable. ‘Idiot Aashawadi’, ‘Newton’, ‘Har Jagah Tu’ etc fail to leave a mark. ‘Dil Dhak Dhak Karta Hai’ is played in the end credits and looks completely out of place, considering how the romantic track ends. Ketan Sodha’s background score is much better.
Eeshit Narain’s cinematography is appropriate. Rohit Chaturvedi’s costumes are realistic. Bindiya Chhabria and Arvind Kumar’s production design is straight out of life. Prerna Saigal’s editing is fine.
On the whole, DOCTOR G works due to the message, performances, and impactful second half. But a weak first half, limited buzz, and unjustified adults-only rating will impact the film’s box office prospects to a large extent.
Courtesy : https://www.bollywoodhungama.com/