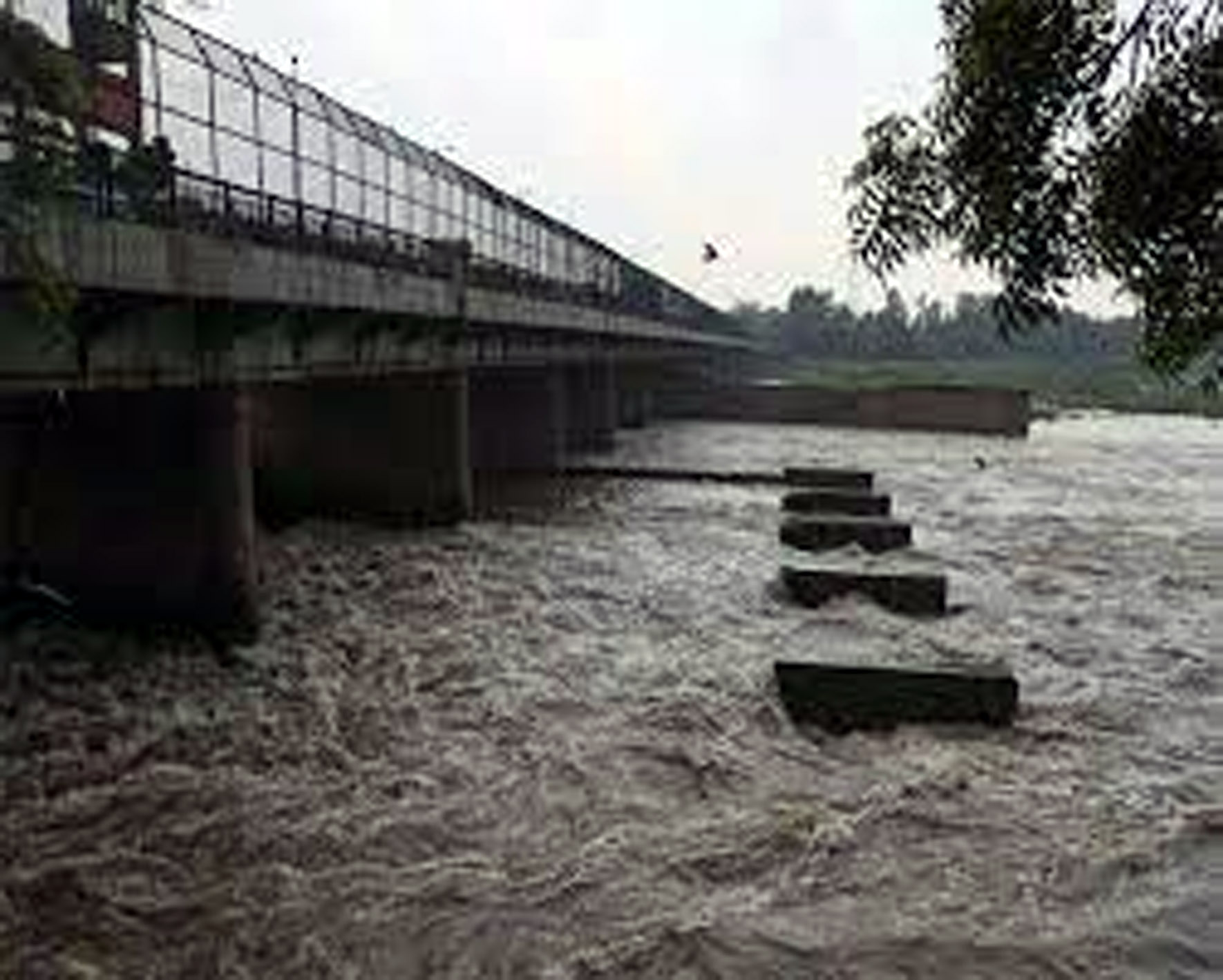 NEW DELHI, Aug 12: The water level of the Yamuna river breached the danger mark of 205.33 metres in Delhi following heavy rain in upper catchment areas, prompting authorities to chalk out a strategy to evacuate people from low-lying areas.
The Delhi flood control room said the water level reached 205.38 metres at 4 pm on Friday. It had issued a warning on Thursday night.
The water level at the Old Railway Bridge rose from 203.86 metres at Friday 8 am to 205.29 metres by 3 pm, according to the flood control room.
A flood alert is declared in Delhi when the discharge rate from the Hathnikund Barrage in Haryana’s Yamuna Nagar crosses the 1 lakh-cusecs mark. People living near the floodplains and in flood-prone areas are evacuated then, an official said.
The flood control department on Thursday advised all sector officers to keep a vigil in their respective areas and take necessary action at vulnerable points by deploying the requisite number of quick-reaction teams to warn people residing within river embankments.
Thirty-four boats and mobile pumps have been deployed in anticipation of floods in low-lying areas.
East Delhi District Magistrate Anil Banka said, “Around 37,000 people who live in Yamuna-floodplains and low-lying areas in Delhi are considered vulnerable to flooding. We have shared a food control plan with all departments concerned.”
“We have been making announcements urging people to shift to safer areas. Evacuation efforts will start if the water level crosses the 206-metre mark. It may happen this evening or tomorrow morning.”
The people will be shifted to temporary structures like tents and permanent buildings like schools in safer areas, Banka said.
The Delhi flood control room reported a discharge rate of around 2.21 lakh cusecs from the Hathnikund Barrage at 3 pm on Thursday and 1.55 lakh cusecs at midnight. It was 97,460 cusecs at 6 am.
One cusec is equivalent to 28.32 litres per second.
Normally, the flow rate at the Hathnikund barrage is 352 cusecs, but the discharge increases after heavy rainfall in the catchment areas. The water discharged from the barrage normally takes two to three days to reach the national capital.
According to the India Meteorological Department, heavy to very heavy rainfall occurred at a few places in Uttarakhand and Himachal Pradesh on Wednesday.
“Widespread rainfall with isolated heavy rain is likely in Himachal Pradesh, Uttarakhand and Haryana on August 14 and 15,” it said. (PTI)