RAJOURI, July 17: A 35-year-old woman and her minor niece were killed after being hit by an Army vehicle in a border village in Rajouri district following which people protested and blocked the road.
A four-year-old boy, who is paralysed by polio and unable to speak, was also injured in the accident which took place near Qilla Darhal in Laam area of Nowshera sector, a police official said.
He said while seven-year-old Rubia Kousar died on the spot, her aunt Kaneeza Begum succumbed to injuries at a hospital after being hit by the army vehicle.
The boy, Yasin Din, is admitted at a hospital where his condition is stated to be critical, the official said.
He said police have registered a case and started an investigation to bring the erring driver to book.
Senior civil and police officers visited the area and took stock of the situation following the accident, he said.
Meanwhile, agitated over the accident, people of Gujjar Community held a strong protest and blocked the road. The protesting people were pacified by ADC Nowshera who personally reached the spot. 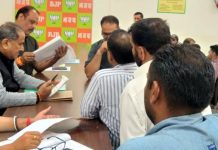 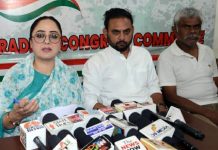