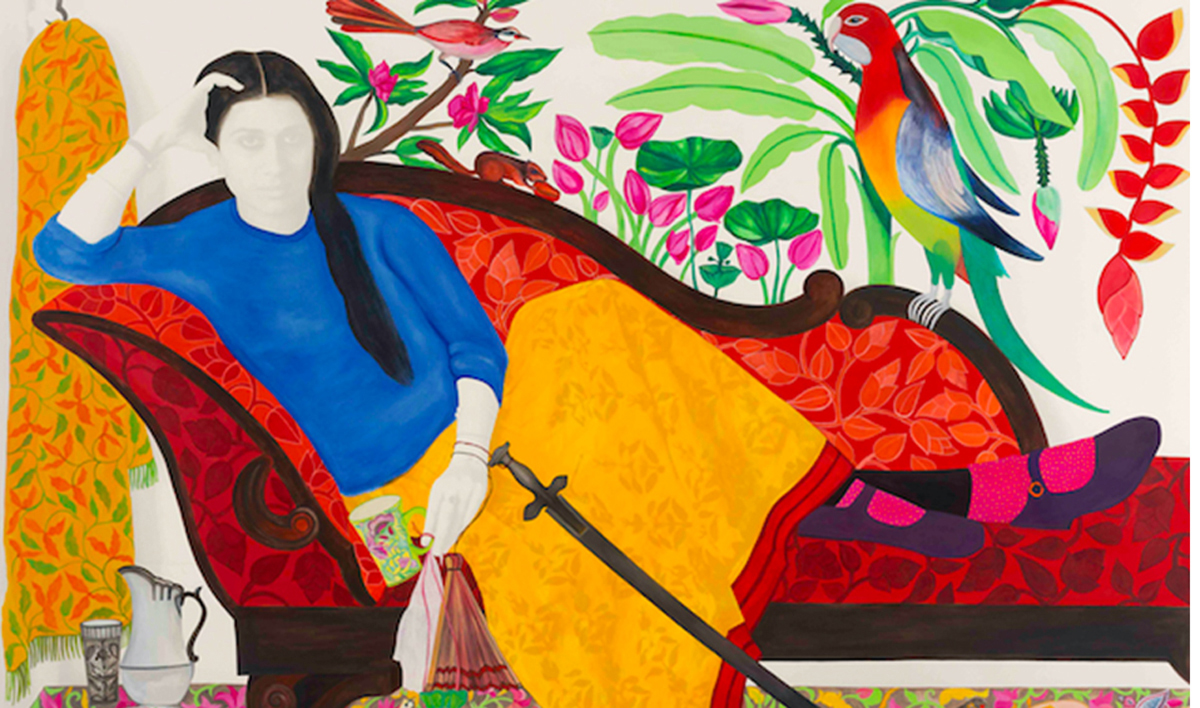 Ashok Ogra
Art, as we know it, has always been expressing on sheets of canvas or other mediums and put it in front of the world, to empathize with the message that the creators are trying to portray. Those colors and strokes of brush across a white background make all of us focus on the motive behind that creation.
An incredible range of art by over 1,000 artists and 75 galleries and institutions from India and abroad, participated in the recently held annual India Art Fair (IAF), Delhi :January 31-February 3. With over 70 percent fair space dedicated to local exhibitors, the fair featured a diverse range of contemporary and modern art.
Art Fair is a trade show- a place for people in the art business, from dealers and art advisors to collectors and curators to make deals. But fairs are also visual emporiums that are open to the public, and exhibitors tend to pepper the events with spectacular pieces to delight crowds and capture the imagination of photographers.
Fairs such as India Art Fair help in promoting cultural discourse through a broad and exciting line-up of large-scale installations, conversations, screenings, performances and live events, engaging diverse audiences with a wide spectrum of artistic practices.
Displacement, migration, gender violence, climate change, immersive art..… were some of the prominent themes at this year’s 11th edition of the fair.
The Chinese artist – activist Ai Weiwei’s PORCELAIN VASE (JOURNEY) is inspired by the global refugee crisis. Widely known for his highly political output, Ai Weiwei works across a variety of mediums, including sculpture, film, photography, and even music, creating works that make bold statements about contemporary culture.
Assamese artist, Sudipta Das, marked her presence at the fair with a sculpture titled REFUGEE – showing people crossing borders with backpacks and other belongings.
Gallery Sumukha showcased Bangalore based artist Shanthamani Muddaiah’s CARBON WAVE, composed of burnt bamboo and cane that takes the form of a devastating wave. “I want my art to question our understanding of nature and sustainability. I prefer working with environmentally friendly material,” Shanthamani told me.
Live performances held at the fair aimed at making the art world a space open to all members of society, Anmol Patil’s performance reflected on the issue of class and caste divisions that continue to exist in India’s urban spaces. For his performance, Patil invited sweepers from his local community to join him in an improvised procession through the India Art Fair grounds.
Nepal Picture Library presented the Feminist Memory Project, which seeks to create a visual archive of women’s movements in Nepal.
Noted artists from Jammu & Kashmir – Veer Munshi , Rajendar Tiku and Shabir Santosh- also showcased their work. Immersive Art evoked lots of interest among the visitors. CHANGE ROOM installation by Baaraan Lijal provided a collection of anonymous voices that talk about intimate thoughts, desires and fear.
Also on display were the works by masters such as M.F.Hussain, F.N.Fouza, Tyeb Mehta and a solo project by artist Satish Gujral, presented by Chawla Art Gallery, dealing with the trauma of partition.
The paintings of Rekha Rodwittya portray women through the lens of the artist’s personal experiences. The large, staring eyes as represented in her work UNTITLED confront the viewer, powerfully exploring issues of alienation, belonging, trauma and discrimination.
The works on display succeed in providing us with a visual experience which touches us deeply because, in some mysterious ways, it conjures up a new world. Like societies, art and artists too are dynamic creatures and grow and move on with changing times.
However, the question remains whether artists are self-defining subjects, and if so then it would mean the task of an artist is largely rooted in observing and commenting on the world and recording their observations / responses on canvas or through installations.
Over the years, this annual fair has evolved to feature artists, speakers, and consultants from some of the world’s leading art galleries.”The art world needs to communicate in a more simplistic manner. While some visit the Fair to buy artworks, others view this annual event to gain an understanding of the visual art… enjoying the day as a cultural day out,” says Jagdip Jagpal, Director of the Fair. In addition, this year the organizers launched a series of walkthroughs to facilitate younger audiences appreciate art in a personal manner.
The divide seen in the art industry has been facing challenges and now it looks like that the space of art is opening for one and all. Even for a commoner, who hasn’t had an interactive experience with art, feels welcome now and engage with the medium and the artist.
(The author is a noted management & media professional) 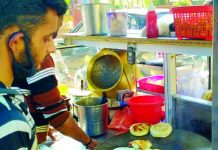 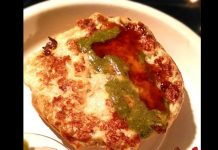