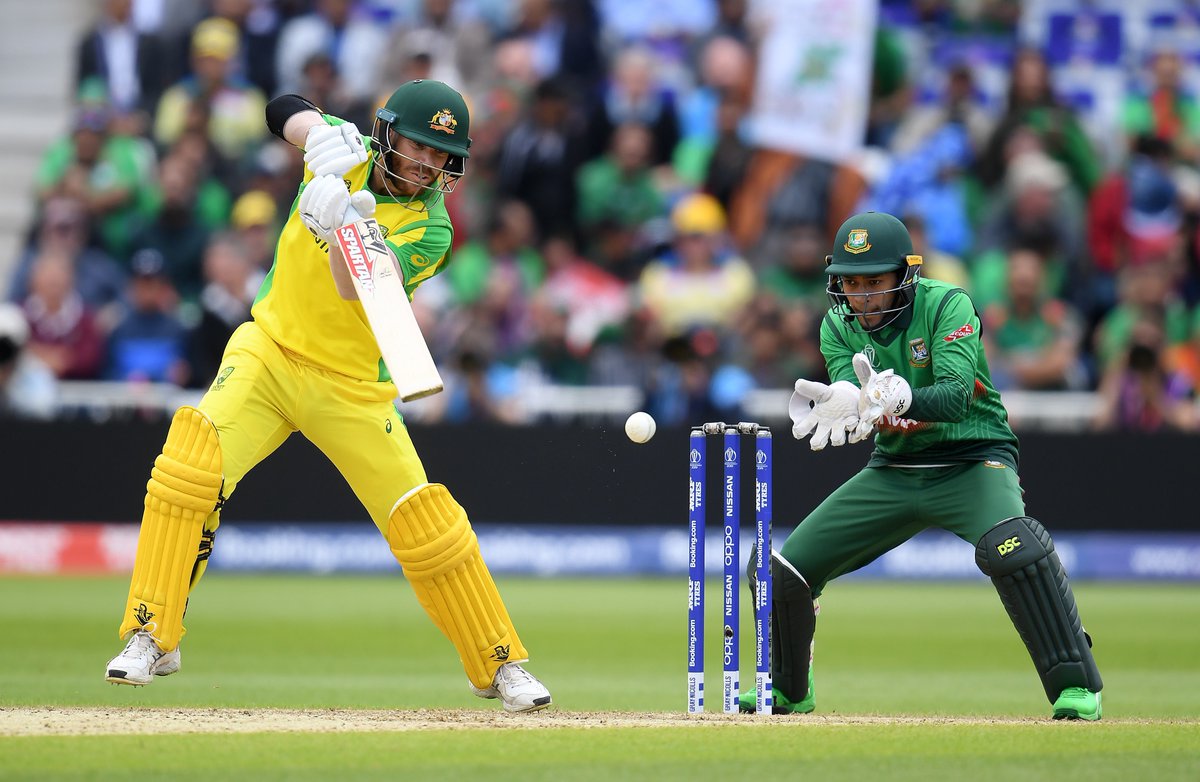 NOTTINGHAM: A ‘calmer’ David Warner worked his way to a responsible 166, his second century of the tournament, to lead Australia to a formidable 381 for five in their World Cup clash against Bangladesh here Thursday.

The left-handed opener contained aggression, his natural style of play, to build his innings and went on an offensive only after Australia got the license to go for the kill.

He completed his 16th ODI hundred, his sixth 150-plus knock, which came off 147 balls with 14 hits to fence and five over the ropes. (AGENCIES)