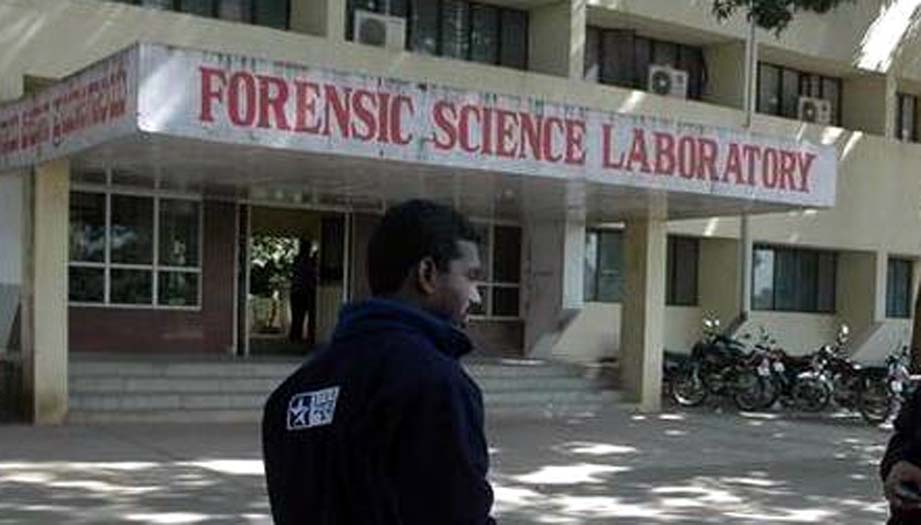 Several other wings to become defunct next year
Mohinder Verma
JAMMU, Sept 8: At a time when no stone is being left unturned to strengthen forensic science sector in other parts of the country, no seriousness is being shown towards upgradation of Jammu and Kashmir Forensic Science Laboratory, the proposal about which was mooted one and half year back.
The most shocking aspect is that in the militancy infested State the FSL doesn’t have any ballistic expert during the past several months and several other important wings will become completely defunct next year due to superannuation of available specialists.
Vide Communication No. Prov-II-FSL-01/2018-19/27592 dated April 9, 2018, Joint Director, Forensic Science Laboratory was conveyed that the J&K Police Headquarters was in the process of furnishing comprehensive proposal to the Union Ministry of Home Affairs for upgradation of J&K FSL on the pattern of FSL Gujarat/Delhi, official sources told EXCELSIOR.
Accordingly, the Joint Director was asked to furnish a detailed proposal which should include tentative financial implications on account of required infrastructure and manpower etc within a week’s time for further necessary action at the end of those at the helm of affairs in the Police Headquarters.
Within the stipulated time-frame the Joint Director Forensic Science Laboratory furnished necessary information to the Police Headquarters and through a separate Communication No.DFSL/Estt/Promotion-SO/2018/961 dated April 25, 2018 a proposal was submitted to the Principal Secretary to Government, Home Department for filling up of available vacancies in the FSL.
It was specifically mentioned in the communication addressed to the Principal Secretary, Home Department that filling up of vacancies would infuse new lease of life in the FSL, which otherwise would become defunct due to superannuation of majority of the experts and scientific officers within next few years.
“However, no headway has been made on the proposal vis-à-vis upgradation of J&K FSL despite lapse of one and half year”, sources said, adding “while the scientific officers and experts are anxiously waiting for clearance of the proposal no seriousness is being shown at the level of Police Headquarters and Home Department”.
“We have not heard any word about the fate of the proposal either from the Police Headquarters or Home Department. Moreover, no serious steps have been initiated to provide experts to the FSL”, said some officers of the Forensic Science Laboratory while wishing anonymity, adding “it seems that J&K FSL is nobody’s baby”.
They further said, “if the prevailing situation is allowed to continue J&K FSL will become completely defunct within next one and half year and that would be a major set-back to the criminal justice system”.
“It is because of continuous non-serious approach that J&K FSL doesn’t have ballistic expert during the past several months”, sources disclosed, adding “the lone expert in this field in the FSL Srinagar attained superannuation in the month of February this year while as the one in FSL Jammu had retired from the services over five years back”.
They further disclosed that next year experts in the fields of physics, chemistry-narcotics-toxicology and fingerprinting either in Jammu or Srinagar wings of the FSL would attain superannuation and the relevant wings will become completely defunct.
“The present condition of the FSL in the State is notwithstanding the fact that Ministry of Home Affairs is very liberal in providing financial assistance for strengthening forensic science sector in whole of the country”, sources said.
They stressed that a mechanism should be evolved so that those at the helm of affairs in J&K FSL directly communicates with the Directorate of Forensic Science Services under the Ministry of Home Affairs instead of routing the proposals and communications through either the Police Headquarters or Home Department, which because of their other priorities don’t take much interest in resolving the issues confronting the J&K FSL.
The non-serious approach of the Home Department is notwithstanding the fact that Clause 4(2) of J&K Forensic Science Laboratory Service Recruitment Rules clearly state that Government shall, at the interval of every five year, re-examine the strength and composition of the cadre of the service and make such alternations as are required to update it.