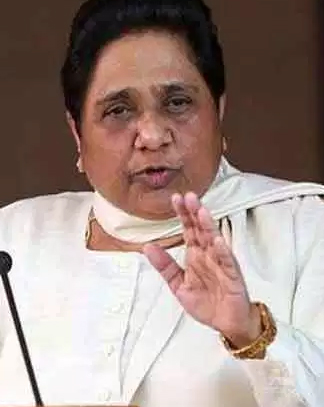 LUCKNOW, July 1:
Bahujan Samaj Party (BSP) president Mayawati on Monday criticised the Uttar Pradesh Government’s decision of including the 17 Backward Castes in the Scheduled Caste category saying it was done for political mileage.
In a statement released here, Ms Mayawati said that the Yogi government’s decision in this respect is entirely illegal and unconstitutional.
The BSP supremo said that when the government knows that these 17 backward castes cannot get the benefits under the Scheduled Castes category, why did the government take such a decision.
The decision made it clear that like the Samajwadi Party government, the Yogi government has given this decision to mislead these 17 Backward Castes.
The BSP president said that if this had to be done, the quota under the SC category should be increased so that the newly-inducted 17 new OBC castes get benefitted.
She further said that this decision of the Yogi Adityanath-led UP Government was a big deception as now the 17 backward castes will neither remain in the 27 per cent OBC list reservation, nor they will get the benefits of the Scheduled Caste category quota.
Ms Mayawati said that if such a decision was necessary, then the reservation quota of the SC category should be increased so that the benefits received by the castes which come under the SC category do not come down and the 17 backward castes which are added to the SC category also keep getting the benefits.
She said that in the past too, such demands had been raised but the Centre did nothing about it.
The BSP honcho said that earlier when the SP government had given such decision in an ‘illegal way’ to ‘deceive’ these 17 castes, the BSP had opposed it. She said that in the year 2007, the BSP government had written a letter to the then Congress government at the Centre, which demanded that apart from adding these 17 castes into the SC category, the quota of this category should also be increased according to that ratio.
Notably, the Yogi Adityanath government in Uttar Pradesh has recently decided to include 17 backward castes in the Schedule Caste category. (UNI) 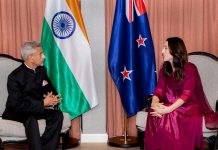