NEW DELHI, July 1:
Certain representations have been received from traders for reduction in customs duty on gold, Parliament was informed Monday.
“Yes sir. Certain representations have been received for reduction in basic customs duty on gold. In past, Ministry of Commerce had recommended reduction in import duty on gold. Such representations are examined as a part of budget exercise,” Finance Minister Nirmala Sitharaman said in a written reply to the Lok Sabha.
She replied this on a question whether the Government has received any representation from gold traders requesting for reduction in import duty on gold.
Currently, import of the yellow metal attracts 10 per cent duty.
The country’s gold imports dipped about 3 per cent in value terms to USD 32.8 billion during 2018-19, which is expected to keep a lid on the current account deficit.
Total imports of the precious metal in 2017-18 had stood at USD 33.7 billion as against USD 27.5 billion in 2016-17 and USD 31.8 billion in 2015-16.
According to the data provided by the minister, in volume terms, India imported 982 tonnes of the yellow metal in the previous financial year.
The imports in 2017-18, 2016-17 and 2015-16 was 955 tonne, 778 tonne and 968 tonne, respectively.
India is one of the largest gold importers in the world, and the imports mainly take care of demand from the jewellery sector.
Gems and jewellery exports declined 5.32 per cent to USD 30.96 billion in 2018-19.
The country’s current account deficit (CAD), or the difference between outflow and inflow of foreign exchange in the current account, increased to USD 57.2 billion or 2.1 per cent of gross domestic product in 2018-19 as against 1.8 per cent in the previous year.
The domestic jewellery sector always demands a cut in the duty and relaxation of other import norms for increasing availability of the yellow metal to boost jewellery exports. (PTI) 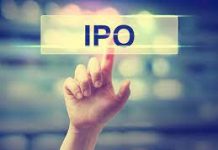