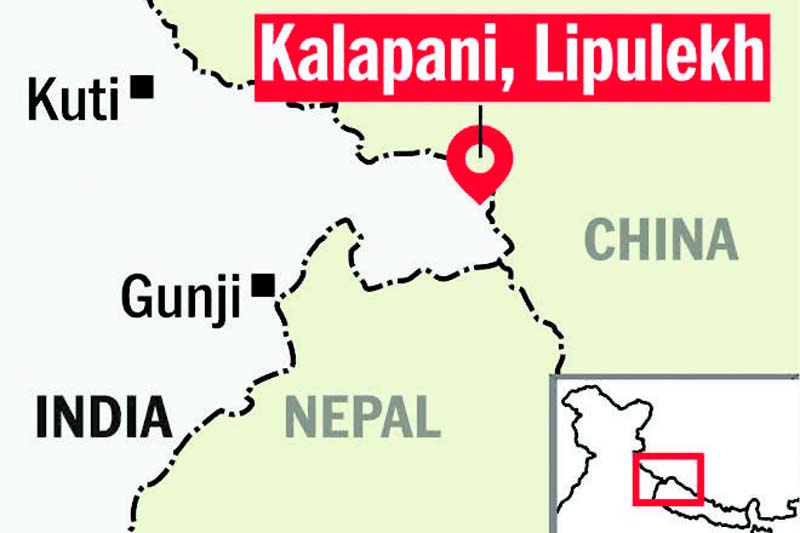 NEW DELHI, June 13:
India today termed as untenable the “artificial enlargement” of territorial claims by Nepal after its Lower House of Parliament unanimously approved a new political map of the country featuring areas which India maintains belong to it.
The Nepalese Parliament’s overwhelming support to amend the Constitution to update the map is seen as a huge snub to India as it reflected the political consensus in Nepal in toughening its stance on the border dispute and signalled its readiness to escalate it further with New Delhi.
In a sharp reaction, India said Nepal’s action violates an understanding to resolve the boundary issues through talks.
“We have noted that the House of Representatives of Nepal has passed a Constitution amendment bill for changing the map of Nepal to include parts of Indian territory. We have already made our position clear on this matter,” Spokesperson in the Ministry of External Affairs Anurag Srivastava said.
“This artificial enlargement of claims is not based on historical fact or evidence and is not tenable. It is also violative of our current understanding to hold talks on outstanding boundary issues,” he said.
The Nepalese Government under the leadership of Prime Minister K P Sharma Oli went ahead with the vote disregarding the strong opposition to the move by India which, for decades, has maintained friendly relations with the Himalayan nation.
In a show of unprecedented national unity, opposition parties including the Nepali Congress (NC), Rastriya Janata Party-Nepal (RJP-N) and Rastriya Prajatantra Party (RPP) too voted in favour of the new map laying claim over the strategically key areas of Lipulekh, Kalapani and Limpiyadhura along the border with India.
It is learnt that India had reached out to several political parties including the Nepali Congress but it did not yield any result.
The assessment in New Delhi has been that Nepal went ahead with the new map following strong support by China to the Nepal Communist Party Government headed by Prime Minister Oli.
The bill will have to be cleared by Nepal’s National Assembly, the Upper House of Parliament, and then approved by President Bidhya Devi Bhandari before it becomes a law.
The ties between the two countries came under strain after Defence Minister Rajnath Singh inaugurated an 80-km-long strategically crucial road connecting the Lipulekh pass with Dharchula in Uttarakhand on May 8.
Nepal protested the inauguration of the road claiming that it passed through its territory. Days later, Nepal came out with the new map showing Lipulekh, Kalapani and Limpiyadhura as its territories. (PTI)