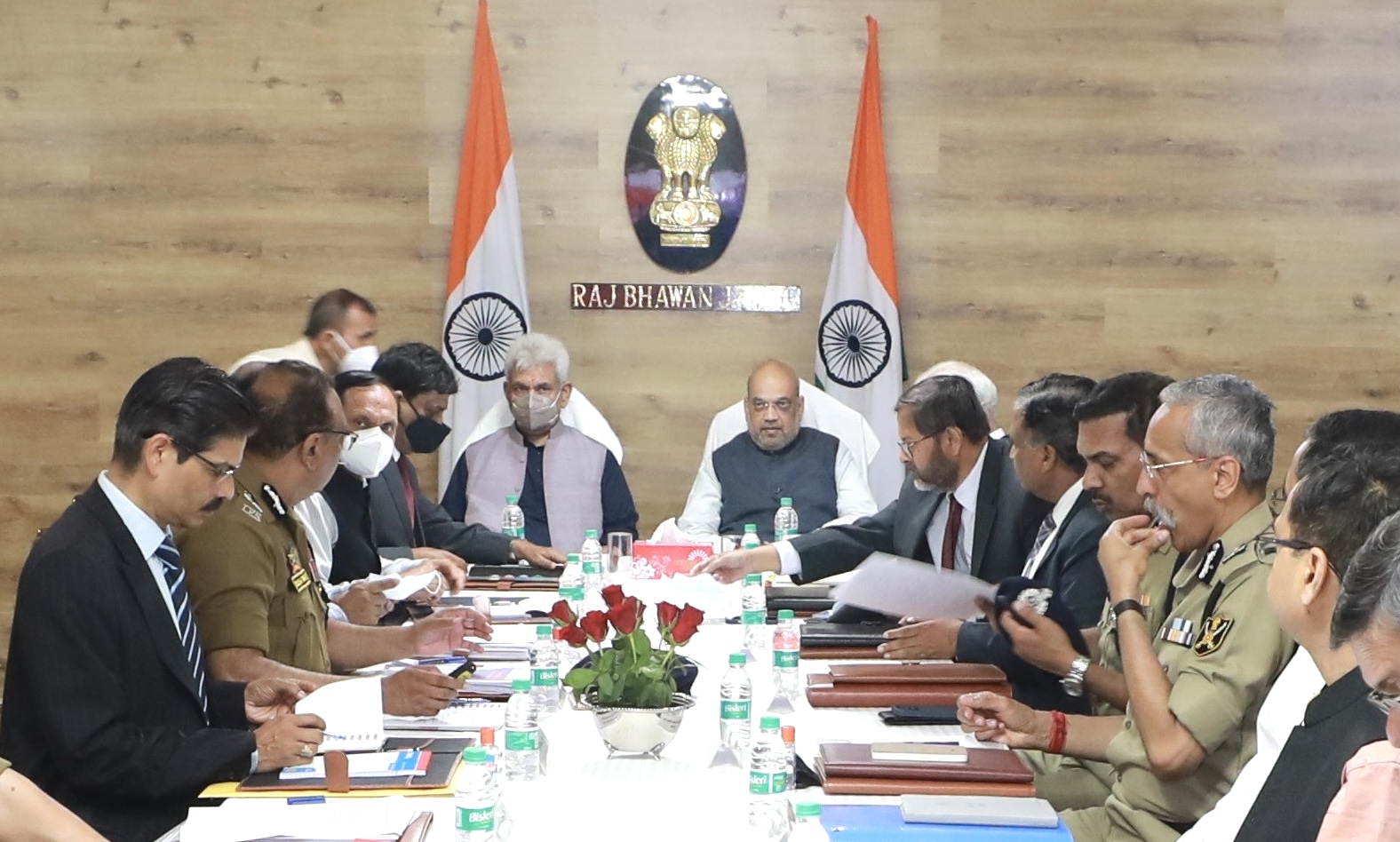 Jammu, March 19: Union Home Minister Amit Shah chaired a security review meeting with senior officials at Raj Bhawan in Jammu on Saturday.
During the meeting, the Home Minister said the security grid should be further strengthened to ensure zero cross-border infiltration and to eliminate terrorism completely in order to achieve Prime Minister Narendra Modi’s vision of a peaceful and prosperous Jammu and Kashmir.
Jammu and Kashmir Lt Governor Manoj Sinha was also present in the meeting.
The Home Minister hailed the officials over the improvement in the security situation in the union territory. He appreciated the reduction in terror incidents from 417 in 2018 to 229 in 2021 and the decrease in the number of security forces personnel killed from 91 in 2018 to 42 in 2021, a Home Ministry release said.
The Union Home Minister emphasized proactive operations against terrorists and denying them safe haven or financial support. He directed the security forces and police to ensure real-time coordination for effective counter-terrorism operations and monitoring activities of terrorists from jails. The Home Minister ordered further strengthening of the Narcotics Control Bureau (NCB) in Jammu and Kashmir to choke narco-terrorism.
Earlier on Saturday, Shah along with Lieutenant Governor, Manoj Sinha visited the site of the proposed high-security prison in Mahanpur in Kathua district.
This is the second visit of Shah to Jammu in less than five months. Earlier, he had visited Jammu and Kashmir in October last. (Agencies)