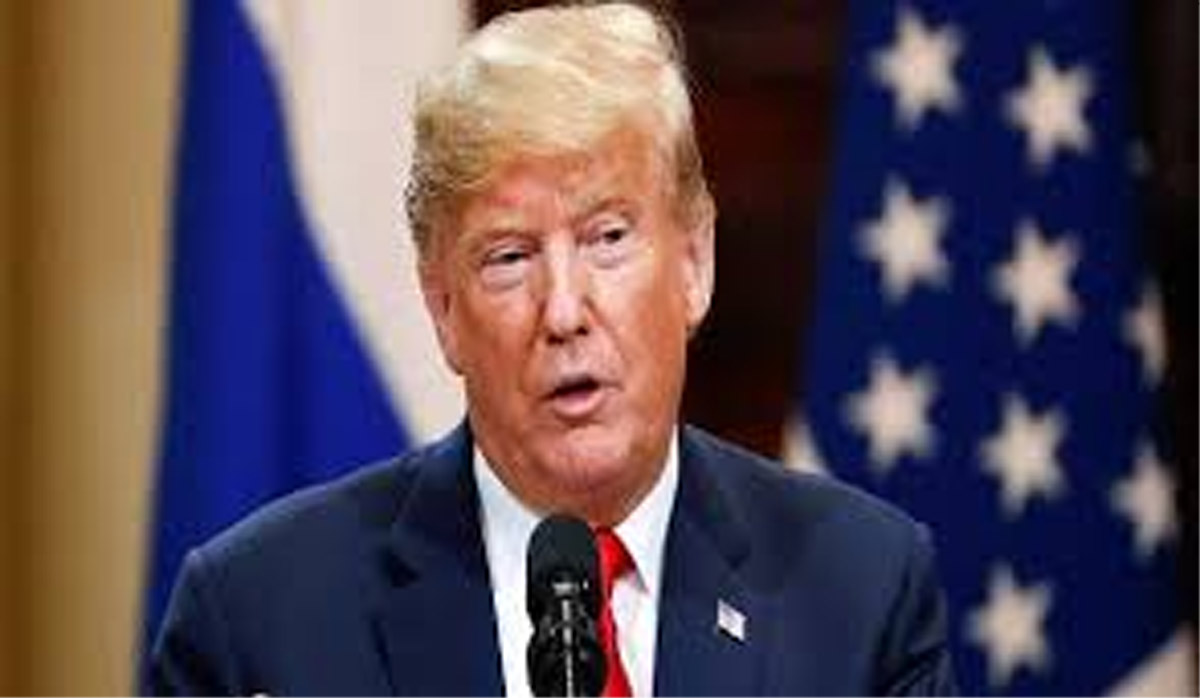 WASHINGTON, Aug 3: US President Donald Trump has said he wants a new nuclear pact to be signed by both Russia and China.
According to a BBC News report, Mr Trump said he had spoken to the two countries about the idea, and that they were both “very, very excited”.
His comments came after the US withdrew from a key nuclear treaty with Russia, raising fears of a new arms race.
The Cold War-era Intermediate-Range Nuclear Forces (INF) Treaty banned missiles with ranges of 500-5,500 km (310-3,400 miles).
The US withdrawal on Friday followed accusations by Washington that Russia had violated the pact by deploying a new type of cruise missile. Moscow has denied this.
Responding to questions about how he would avoid a nuclear arms race following the INF treaty’s demise, Mr Trump said his administration had been speaking to Russia “about a pact for nuclear, so that they get rid of some, we get rid of some”.
“We’d certainly have to include China at some point,” he added.
Mr Trump said such a treaty would be “a great thing for the world” and that he believed it would happen.
“China was very, very excited about talking about it and so was Russia. So I think we’ll have a deal at some point”, he told reporters.
Why did the US pull out?
The US has accused Russia of violating the deal by deploying a number of 9M729 missiles – known to Nato as SSC-8. This accusation was then put to Washington’s Nato allies, which all backed the US claim.
“Russia is solely responsible for the treaty’s demise,” US Secretary of State Mike Pompeo said in a statement on Friday.
“With the full support of our Nato allies, the United States has determined Russia to be in material breach of the treaty, and has subsequently suspended our obligations under the treaty,” he added.
In February, Mr Trump set a 2 August deadline for the US to withdraw if Russia did not comply with US and Nato demands.
Russian President Vladimir Putin suspended his country’s own obligations to the treaty shortly afterwards.
Why has the withdrawal sparked concern?
Nato Secretary General Jens Stoltenberg said the transatlantic alliance would “respond in a measured and responsible way to the significant risks posed by the Russian 9M729 missile to allied security”.
But, he added, Nato “does not want a new arms race” – and he confirmed there were no plans for the alliance to deploy land-based nuclear missiles of its own in Europe.
Last month, he told the BBC that the Russian missiles were nuclear-capable, mobile, very hard to detect and could reach European cities within minutes.
“This is serious,” he added. “The INF treaty has been a cornerstone in arms control for decades, and now we see the demise of the treaty.”
UN Secretary General Antonio Guterres has warned that “an invaluable brake on nuclear war” is being lost.
“This will likely heighten, not reduce, the threat posed by ballistic missiles,” he said, urging all parties to “seek agreement on a new common path for international arms control”.
Analysts fear that the collapse of the historic agreement could lead to a new arms race between the US, Russia and China.
“Now that the treaty is over, we will see the development and deployment of new weapons,” Pavel Felgenhauer, a Russian military analyst, told AFP news agency. “Russia is already ready.”
What was the INF Treaty?
* Signed by the US and the USSR in 1987, the arms control deal banned all nuclear and non-nuclear missiles with short and medium ranges, except sea-launched weapons
* The US had been concerned by the Soviet deployment of the SS-20 missile system in 1979 and responded by placing Pershing and cruise missiles in Europe – sparking widespread protests
* By 1991, nearly 2,700 missiles had been destroyed
* The two countries were allowed to inspect each other’s installations.
(UNI)