Avtar Bhat
JAMMU, Nov 12: Thousands of devotees drawn from across the country thronged the holy shrine of Baba Jittoo at Jhiri 20 kms from here where the nine -day long annual Jhiri Mela, one of North India’s biggest religious festivals formally began today amid tight security measures.
Thousands of devotees drawn from neighbouring States of Punjab, Himachal Pradesh, Haryana , Delhi and UP besides different areas of Jammu region thronged the holy shrine of Jhiri to participate in the inaugural function of the mela and pay obeisance to Baba Jittoo.
Besides, paying their respects at the Shrine of Baba Jittoo and seek blessings, the devotees maintaining the age old tradition linked with the shrine also took a dip in Baba Jittoo pond situated four kms away from the shrine. The Jhiri Mela is held every year on ‘Kartik Purnima’ and as per legend the pond has the curative properties.
The devotees, however, faced hardships due to traffic mess on Akhnoor road which is under construction. They were trapped in jam for a long time near Toph Pulli and Paloura. Some of the devotees even were critical of administration for traffic mess.
They said that in view of the Jhiri Mela and heavy rush of devotees from other States to participate in the Mela, the authorities were supposed to make proper arrangements to manage the traffic on busy Akhnoor road where traffic chaos prevail due to construction of Fly Over and four -lanning of the road.
Though thousands of devotees started visiting the holy shrine three days back, the mela was formally inaugurated on the auspicious occasion of Kartik Purnima today by Divisional Commissioner Jammu, Sanjeev Verma in presence of IGP Jammu, Mukesh Singh.
Baba Jittoo was a farmer who gave up his life in a protest against the oppressive demands of Zamindars (landlords) about 500 years ago.
According to legend, his daughter took her life by jumping onto his funeral pyre.
The devotees, including women and children, began thronging the temple since early morning and the crowd swelled as the day progressed, the officials said.
“We feel blessed after coming here. We have been coming to this fair every year for the last many decades,” said Nitin Khatri, a resident of Uttar Pradesh, who was accompanied by his wife and several other family members.
Rajinder Kumar, who works in Australia, said he has been visiting the fair for the last 15 years to seek the blessings of Baba Jittoo.
Stalls selling food items and all sorts of goods dotted the area around the temple. An amusement park has also been set up for entertainment of young visitors.
This year, the key feature of the fair is to promote sports and cultural richness of the region, the officials said. A Dangal was also held in which besides J&K the wrestlers from Punjab also participated.
Nearly eight to 10 lakh devotees from across Jammu, Punjab, Himachal Pradesh, Haryana and other parts of the country visit the fair every year, they said.
The nine-day-long Jhiri Mela will conclude on November 20.
The main attraction of the mela was presentation of cultural and music programmes of Dogri, Pahari and Gojri by the Cultral Academy to promote the rich culture of the region.
Various departments including Agriculture, Horticulture, Tourism, Handicrafts, Fisheries, Floriculture , Animal Husbandry etc have installed stalls in the mela. The items of local artisans were displayed at the Handicrafts Stall for sale.
The welcome address was given by Mela Officer, Tariq Naik. He said two to three lakh pilgrims have already performed darshan at holy shrine during last three days.
In his address Divisional Commissioner Jammu, Sanjeev Verma threw light on the life of Baba Jittoo and his supreme sacrifice. He said besides an enlightened soul and a great saint, Baba Jittoo was mesiah of poor farmers who did not hesitate in laying down his life for the cause of toiling farmers and kept an example for others how to fight injustice in their lives.
He said Baba Jittoo, a great saint was also a progressive farmer who with his hard work turned the barren land in the area into fertile land and grew unexpected crop in it.
The authorities have made elaborate arrangements for the mela. Besides a big contingent of police and CRPF the CCTVs have also been installed at Mela site for the safety and security of devotees.
Former Minister, Ch Sukhnandan, DC Jammu, Sushma Chauhan, SSP Jammu, Tejinder Singh, ADC (LO) Jammu, Rishpal Singh, ADC Administration Jammu Tariq Hussain and SDM Marh, Tariq Naik who is also the Mela Officer and other officers were also present on the occasion. 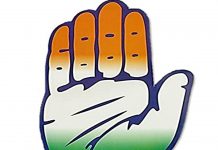