E-Paper
Home Weekly specials bookreview The Shadow of the Chinar 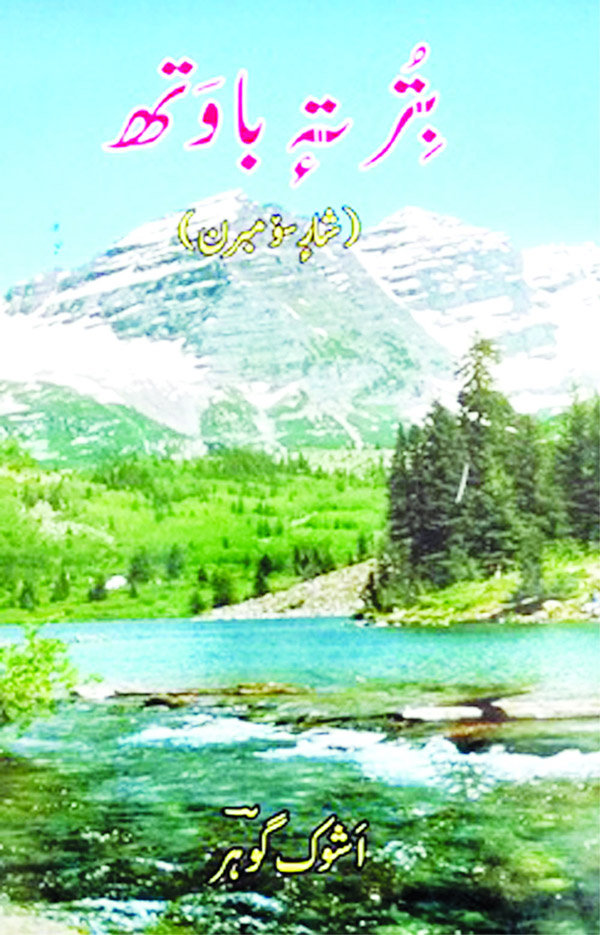 Gowhar’s language of poetry is straight and simple. There is no signGowhar’s language of poetry is straight and simple. There is no sGowhar’s language of poetry is straight and simple. There is no sign of absurdity anywhere. It is existential and practically observed and experimented. In fact, Gowhar has made solid place in the contemporary Kashmiri poetry.
The poet does not want to leave the mundane world without paying the debts and lightening the burden. He does not want to live in a city where people are chameleons. He sees the butchers’ houses at every step. Roads are stained in blood. Thorns are spread on the paths. He wants to take the wise to book and pardon the unwise. Gowhar sees his beloved only in dreams and has never seen her with his eyes. Comparing the present place of worry and misfortunes, he recalls the beautiful Dal lake that was peaceful and youthful once. The present trends make the poet worried about the future of the world.  He blames the potter who makes the pots but most of them remain raw. Gowhar wants to sell something and buy something but he curses the time, as there is no market for the pearls. Though having many friends he feels that he is friendless:
hatabade asith yaar magar tchuna yaarai kanh/panane khaasan manz ti tchuna tsukhedaarai kanh
Gowhar believes that today’s man has become so arrogant that his intentions are to finish even the sun and the moon. Nevertheless, he is confident that there is an unending light to enlighten the humanity. The poet beautifully says that some have the quality to convert the fire into greenery. He refers to lotus that never submerges under water even if flooded.  On the one side he says that not only the sun but also the earth emits fire. However, on the other side, the poet says that shadow and coolness are in the nature of a chinar though it burns in the scathing heat itself. It is the man who creates greeneries in the burning deserts. The poet gets depressed on the same man who destroys the greeneries:
azal boni heund vutchh dazaan taap kraayan/shuhul tchus vajoodas magar baagi aamut/yi insaan azeuk gaali hey zooni siriyas/ shukar gaashi aagran ambar baagi aamut
Gowhar blames a person who works in the disguise of a snake.  Though fed with the milk, yet his nature always remains like that of a snake. Even if one tries to get rid of such persons but they do not easily leave without harming others. We have earned nothing but we are searching our pockets. The religious and holy books are just for taking pledges. There is a long path ahead. How can we sustain the heavy baggage on our journey?  We buy and we spend. We laugh and we weep. The sun rises and sets in the evening. Men live and die hundred times just in a moment. The poet says that we never try to throw away the hellish sheaths and still we dream of weaving heavenly garments:
kath zale divaan tchukh khale chandan, tchai zeuunath kyah kharchaavakh kyah/buthi zeuutth manzil tai kroothh safar, gob boar zuvuk petraavakh kya?
Gowhar has done a post-mortem of the modern tendencies. He advises man to convert blood into oil and heart into a candle and feed life.
Despite the dejection and melancholy that surface in the poems of Gowhar, he is full of romance and love. Hope is the indelible shadow of his despair.  When the buds will bloom again becoming full flowers nobody will recall the desolated days. Impressed by the beauty of the roses he gives all credit for the youthfulness of the blooming buds to the roses.
However, he tactfully conveys to those who despite spending time in the garden are unhappy to think how difficult it is to pass the night of dark deserts:
poshi baagan manz guzarith doh ta maa tchukh khosh/vanta sahraavas andar teliu shab guzaarun tcha sahal.