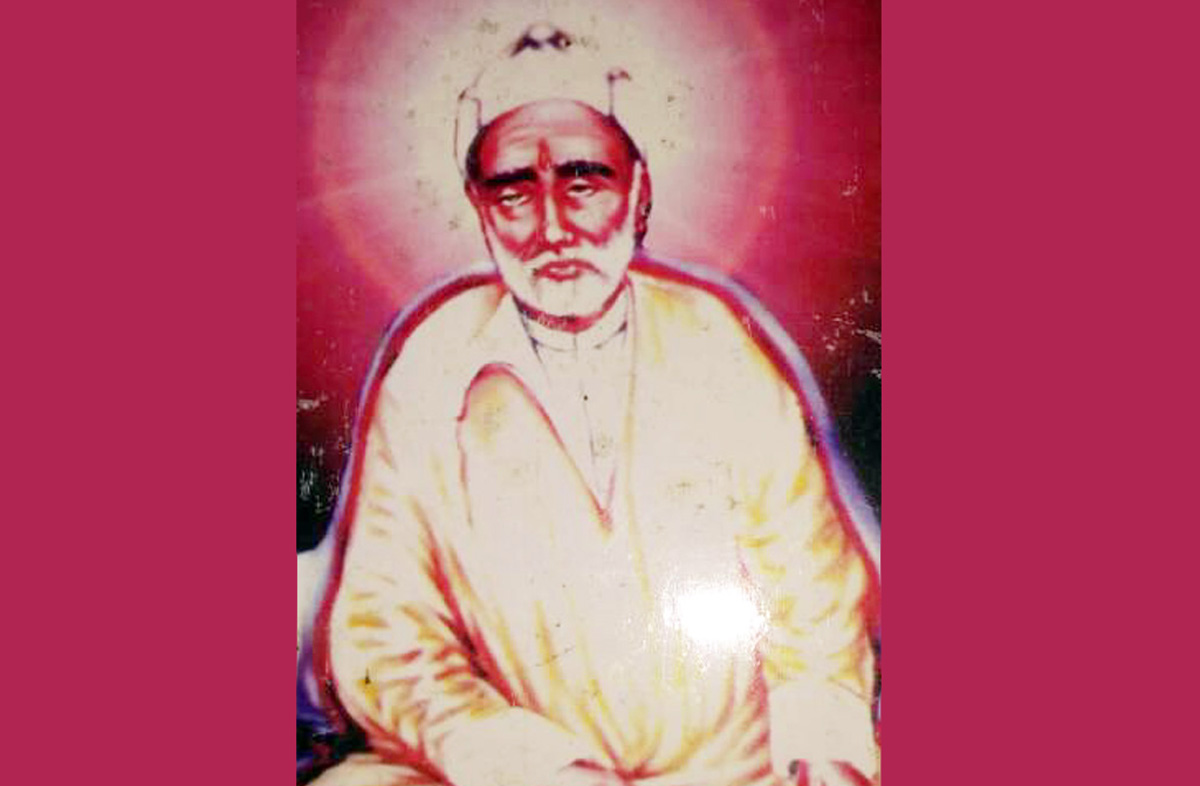 Swami Mirza Kak, fondly and reverently known as Kak Sahib is one of the precious jewels in the lineage of the mystic saint-poets of Kashmir. He lived and led a very simple and pious life and carried daily chorus of life as any other villager would. Kak Sahib was born in one of the most beautiful hamlets ‘ Hangulgund’ of South Kashmir. He had no formal schooling or education but reared cattle and worked on farms. But spiritually, he was ahead of his times and kept on moving on this path and enriching himself through spiritual pursuits without leaving his daily routine which was mainly taking cattle to grazing pastures and other mundane works. It is said that during the course of the day, he would work very hard and tirelessly in his fields but during the night , he would fervently remain engrossed in Sadhna or meditation. The gems of spirituality and the ways of attaining the real bliss of spirituality without falling a prey to unwanted rituals and dogmatic practices were discoursed by him through his “Vaakhs” in the common man’s language. They are so simple , lucid and self-explanatory that one reaches a state of eternal bliss and has the power to transform the evil into angel.
Kak Sahib is recognized as a spiritual saint of high order. It is said that he seldom performed miracles and would rather prefer solitude most of the time. There are many incidents from his life that show his calibre of spirituality. One such episode speaks like this: Kak Saieb had no family of his own , so the people of the place asked him to take care of their cattle and for this service they will take care of his four square meals. Kak Sahib listened to their proposal calmly and accepted it but on one condition that he will himself decide where he would go to take his meals and there shall be no binding of time and nobody should raise any objection. The condition was not a big issue because giving alms is regarded as a pious thing. So it became a routine affair for twelve years. One day, it so happened that two ladies were having their afternoon chit-chat while working in their adjacent kitchen gardens and in the course of their conversation they talked whether Kak Saieb had come to ever to either of their places to have his meals. Both of them denied and it was a news to them that how come that in these twelve years their turn to feed him could have got skipped! It was a mystery for them and to get it resolved they started enquiring from all and sundry in whose house he had ever taken a meal. Soon it became the talk of the town and everyone started asking every other person but from corner came “No , No , he has never stepped into our house even for a cup of tea!”
It was then only that the people came to know about his spiritual attainments. For all these twelve years he was doing penance without food or water besides carrying his worldly duty of cattle care-taker. This was is way of spiritual life….simple, pure, poise, committed and engrossed in divinity. He never appreciated dogmatic way of life. His philosophy directs humans to ‘Shudh Karma’ which can be achieved by being sincere, devoted and dedicated to one’s duties without asking for petty gains.
Kak Sahib’s Samadhi Sathaal is in village Hangulgund, Distt Anantnag, Kashmir and at Jammu an Ashram has been constructed at Nagrota. Every year annual Jag is performed on his Nirvaa Divas which falls on Jyestha Krishna Pakh Dwitiya at both the places where devotees from far and wide come to seek his blessings. The married girls from Hangulgund and adjoining areas make offering of milk to be put in the prasadam of ‘Kheer” as it is said that Kak Sahib had blessed the daughters of the place with luck, prosperity, grace , wisdom and worth. Some of Kak Sahib’s Vaakhs have been translated like this:
May all the human beings on this earth be blessed with the divine light of Shree Kak Sahib Ji .
‘Purifying one’s body by thousand dips in the holy waters of Ganga is useless and a futile exercise unless one cleanses his mind, soul and heart.’
‘Selfless Karma without dogmatic rituals is the only way to attain salvation or moksha’.
‘O Goddess Saraswati wonderosus is your blessings; thou are omni present but only the enlightened soul can feel your benign presence as it is he only who comprehends the essence of true learning which comes only from pure knowledge for which the wheel of life has to be tuned and this tuning is possible by controlling the passions and desires and that can be done only and only by constant rememberance of the supreme power that resides not far and wide but in our own heart..”
May all the human beings on this earth be blessed with the divine light of Shree Kak Sahib Ji .