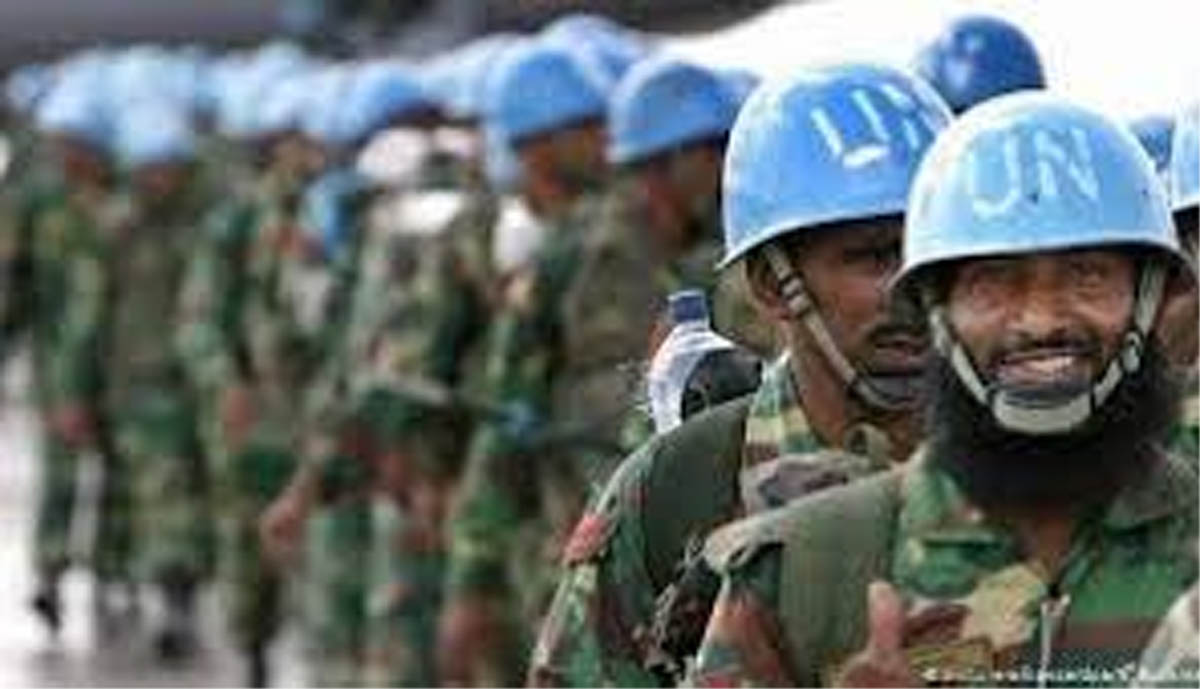 UNITED NATIONS, May 18:India, which is owed USD 38 million by the UN for peacekeeping operations, has voiced concern over the “unjustifiable and inexplicable” delays in reimbursement to countries providing peacekeeping troops and police for UN missions.

It underlined that recurrent delays in payments have turned the Troop Contributing Countries (TCCs) as “de facto financers” of UN peacekeeping.

“Reimbursement on time for peacekeeping is a genuine expectation,” First Secretary in India’s Permanent Mission to the UN Mahesh Kumar said Thursday at a Fifth Committee (Administrative and Budgetary) session on ‘Improving the Financial Situation of the United Nations.’

Kumar noted that total arrears currently stand at a whopping USD 3.6 billion, nearly one-third of the annual assessment of the United Nations, adding that UN peacekeeping also suffers from delay in reimbursements.

He pointed out that apart from the one billion dollar worth of unsettled reimbursements to TCCs, large reimbursements related to Letters of Assist (USD 178 million) and death and disability claims (USD 8 million) were also outstanding.

These amounts do not include the long unsettled Contingent Owned Equipment (COE) reimbursements of many TCCs, including India, from the closed peacekeeping missions.

The UN owes India USD 38 million, among the highest it has to pay to any country, for peacekeeping operations as of March 2019, UN Secretary General Antonio Guterres had said in his report in April on improving the financial situation of the UN. As at March 31, 2019, the total amount payable to troop- and police-contributing countries with respect to active peacekeeping missions was USD 265 million.

Kumar emphasised that India is among those member states who continue to be owed significant sums towards troop and COE reimbursements from the active peacekeeping missions but the country still continues to support UN peacekeeping, and is cumulatively the largest troop contributor.

He voiced concern over the “unjustifiable and inexplicable? delays in reimbursement, saying it negatively impacts on UN’s ability to maintain honest agreements with TCCs on other aspects of peacekeeping. “This situation calls for a serious introspection,” he said.

Emphasising that arrears put those member states that would have benefitted from the efficient implementation of mandates to a serious disadvantage, Kumar noted that while there has not been any real growth in the reimbursement rates, the TCCs have been asked to bring in more capacities and more equipment to achieve ambitious mandates.

“These arrears and recurrent delay in reimbursement have turned the TCCs as de facto financers of UN peacekeeping. This is involuntary and beyond many TCCs’ capacity to pay; in fact it eats up their already limited capacity to contribute,” he said.

Kumar added that the current reimbursement framework and related practices of the UN Secretariat also compound the problem, noting that the practice of delaying payments to TCCs, even as similar contractual obligations to others are met, cannot continue “unaddressed.”

India’s share of the UN’s budget has been increasing in recent years, including a 13 per cent increase from this year and the country has been paying its share on time. The UN Secretary-General has put forth several proposals to improve the financial situation of the UN and some of the proposals supposedly aim to improve UN’s reimbursement relationship with the TCCs. Kumar said India will study these proposals carefully.

Guterres had said in his report that the arrears to troop- and police-contributing countries could increase to $588 million by June 2019 “in the worst-case scenario.? The UN chief had expressed his concern about the deteriorating financial health of the Organisation, saying the United Nations is facing deepening liquidity problems in its regular budget, a trend that must be urgently halted and reversed.

“Peacekeeping operations also face frequent cash constraints that force the Organisation to postpone the settlement of its obligations to troop- and police-contributing countries,? he said.

Guterres has requested the General Assembly to increase the Working Capital Fund to USD 350 million effective July 1, 2019 and to create a Peacekeeping Working Capital Fund of USD 250 million and authorise its use to address the liquidity challenges of active peacekeeping operations among ways to help improve the financial situation of the world body and deal with timely payment of dues to troop and police contributing countries.

Earlier this year, India’s Permanent Representative to the UN Ambassador Syed Akbaruddin had said that the financial situation of the United Nations peacekeeping , particularly the non-payment/delayed payment of arrears to the troop/police contributing countries, is a “cause for concern”.

He had said that the practice of delaying payments to TCCs/PCCs, even as contractual obligations to others are met, cannot continue unaddressed. ?It results in TCCs/PCCs bearing unsustainable burdens. In some cases, TCCs and PCCs are owed 100 to 200 times their cumulative annual financial contributions to the UN,? he had said. (PTI)