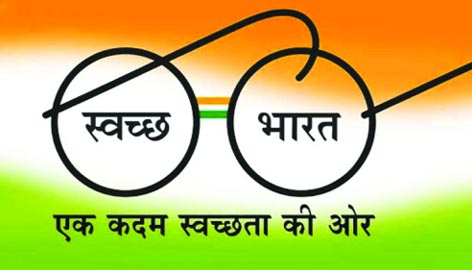 Professor (Dr) P L Kaul
Swachh Bharat Abhiyan UT,J&K, Professor P.L.Kaul said Swachh Bharat Mission (SBM), Swachh Bharat Abhiyan (SBA),or Clean India Mission initiated by P.M.Narendra Modi on oct, 2nd 2014 is a wakeup call for the country and the world to focus the relevance of Gandhijis’philosophy to achieve vision of Clean India. Indians gained freedom under the leadership of Gandhiji, but his dream of Clean India remained unfulfilled.Gandhiji had dreamed of a clean and beautiful India. He was well aware of the poverty and filth prevailing in the country at that time. Gandhiji , inculcated in his followers the principles of selfless service to the community and the importance of maintaining Cleanliness. He made cleanliness and Sanitation an integral part of Ghandian way of living and personally took the efforts to achieve the change that he wanted to see, in creating awareness on Cleanliness and Sanitation. Gandhiji admitted that he learnt sanitation from the West and was of the view that a lavatory must be as clean as a drawing room, and wanted to introduce that type of cleanliness in India. He felt that many diseases in our country are due to conditions of our lavatories and our bad habits of disposing of excreta anywhere and everywhere. He suggested the use of two separate buckets for urine and night soil to improve sanitation. Gandhiji said, “so long as you do not take the broom and the bucket in your hands, you cannot make your town and cities clean.’
Inspired by Gandhiji’s vision towards making cleanliness and sanitation an integral part of healthy and peaceful life, P.M.Narendra Modiji made it a mission of “Swachh Bharat”to impart a new push to make India Green and Pollution free.
Ever since Narendra Modi took over as P.M., he has accorded a special priority towards Swachh Bharat Mission (SBM) to achieve the vision of Clean India. Swachh Bharat Mission (SBM) is a country wide campaign initiated by the Govt of India in 2014. On 2nd October, 2014, P.M Narendra Modi launched a nationwide cleanliness campaign at Raj Ghat New Delhi on the occasion of Gandhijis’ birth anniversary. The concept of Swachh Bharat is to eliminate open defecation and to provide sanitation facilities to every family, including toilets and to improve /promote solid waste management, creating awareness about better health and sanitation and providing safe drinking water supply. Phase 1 of mission lasted till October 2, 2019 and phase 2 of the mission is being implemented and focuses on sustaining gains of the first phase and improving management of solid and liquid waste. Clean India will come out to be the best tribute to the Father of Nation on his 150th birth anniversary.
Modijis’ SBM is a step towards cleanliness in making India Green and Pollution free. It is important for India to display standard of hygiene and cleanliness to change the overall global perception people have about our country. Let every citizen wake up and take up the responsibility to keep the country clean and start this Abhiyan right from our home, mohalla, colony, surroundings, streets, building , parks /gardens in every society, city and town and further added that cleanliness/ sanitization is a right which every citizen needs to exercise. The SBM is all set to give that right back to the citizens of India. Modiji said that the SBM is inspired by patriotism and not by politics and asked the people to pledge “na main gandagi Karoonga ,na main gandagi Karne doonga”. He asked everyone to devote a hundred hours every year, two hours a week towards cleanliness. P.M.proceeded himself with the mission by taking a broom and cleaning the road on the day of it’s launch. This mission is managed by the Ministry of Housing and Urban affairs in the urban region and the Ministry of drinking water and Sanitation in the rural region. Impact of SBM on overall development and welfare has revealed some rewarding and good results as is evident from some reports and surveys.
More than 100, million house hold toilets have been constructed in rural India at a projected cost of 1.96 lack Crore.In 4 years of SBM, sanitation coverage has gone up to 90%, from 38% across rural India till September 2018. 36 states/ UT, 699 districts and 5.99 lakh villages have declared themselves open defecation free (ODE) by 25th September, 2019. World Health Organization (WHO) has in its report stated that at least 180,000 diarrhoeal deaths were averted in rural India, since launch of the SBM. Likewise a study by economists concluded that construction of toilets under the SBM led to reduction in incidence of sexual assault against women. Within 4 years of the campaign, the number of people defecating in open dropped considerably from 550 million to around 150 million.
Let us all come together, remain committed and participate in this drive, to make India flourish.
feedbackexcelsior@gmail.com 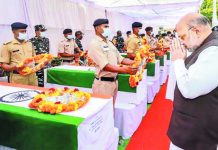