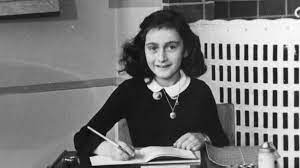 Washington, Jan 18: A six-year “cold case” investigation into the betrayal of famous diarist Anne Frank has revealed that a Jewish man might have led the Nazis to the hiding place of the Frank family in 1944.
The investigating team, made up of historians and an ex-FBI agent among other experts, said, Arnold van den Bergh, a Jewish notary in Amsterdam, probably “gave up” the location of Franks to save his own family.
Van den Bergh had been a member of Amsterdam’s Jewish Council, a body forced to implement Nazi policy in Jewish areas, BBC reported.
The council was, however, disbanded in 1943 and the members were sent to concentration camps.
According to BBC, the investigating team had uncovered that van den Bergh was not sent to a camp, and was instead living in Amsterdam as normal at the time.
Meanwhile, the team had also discovered that Anne’s father Otto Frank had probably known the betrayer but kept the secret.
Anne and seven other Jews were discovered by the Nazis on August 4, 1944, after hiding in the secret annex for nearly two years. All were deported to concentration camps. Anne died in the Bergen Belsen camp at the age of 15.