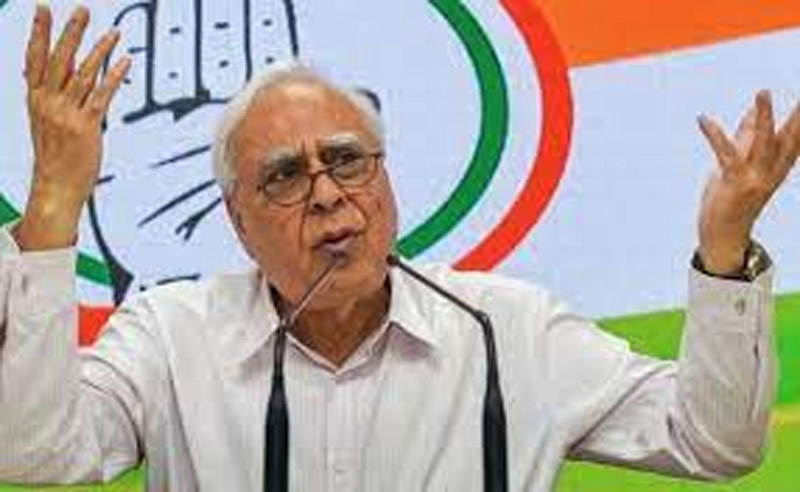 NEW DELHI, July 21:
Amid the logjam in Parliament, Rajya Sabha MP Kapil Sibal on Thursday suggested that the rules of procedure may be altered to have one day of the week for any matter the Opposition wishes to discuss with the Government having no right to veto this.
The Rajya Sabha and the Lok Sabha have failed to transact any significant business so far since the Monsoon Session began on July 18 with the Opposition seeking a debate on price rise and GST on certain items of daily use.
“Logjam in Parliament. For a start: Alter rules of procedure: One day of the week for any matter the opposition wishes to discuss. Government should have no right to veto on this,” Sibal said in a tweet.
“No legislation should be passed without discussion. On this opposition to cooperate,” he said.
The suggestion by Sibal, who took oath as Rajya Sabha member as an Independent for a fresh term, comes after the first three day of the Monsoon session were nearly washed out.
The Opposition has alleged that the functioning of Parliament is being affected because of the Government’s obstinacy to not allow its demand for a discussion on a hike in GST on certain daily use items and price rise. (PTI)