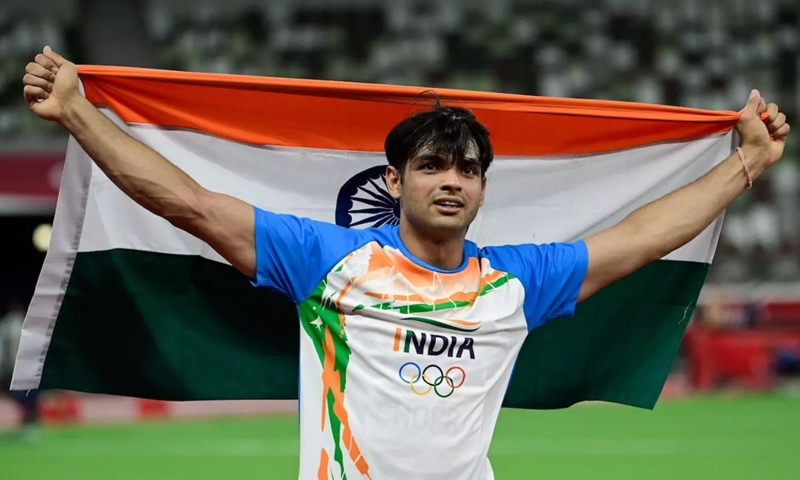 After ending India’s long wait for an Olympic gold in athletics last year, Neeraj Chopra has set his sights on the World Athletics Championships medal.
All eyes will be on Chopra as he will be aiming to end the 19-year long wait when he takes the field here on Thursday (Friday morning in India) at 5:35 am IST.
India’s first and only medal at the world athletics championships came in 2003, when Anju Bobby George won long jump bronze.
The world championship medal is the only major achievement missing in Chopra’s CV as he has Olympic, Asian Games, U20 worlds,Commonwealth Games title and Diamond league medal to his kitty.
Chopra, who started 2022 season last month, has broken the national record twice in three competitions. He began the season with a national record performance and clinched silver medal at the Paavo Nurmi Games in Finland.
He then won gold at the Kuortane Games. Later, at the Stockholm Diamond League, Chopra finished second with a personal best throw of 89.94m, rewriting his national record he set at the Paavo Nurmi Games.
A total of 32 javelin throwers will be competing in the two qualifying groups. The 12 best will qualify for Saturday’s final. The automatic qualification mark for final is 83.50m and Chopra will look to achieve that without any fret.
Chopra will face stiff competition from the defending champion Anderson Peters of Grenada, who has has breached the 90-mark thrice this year. (UNI)
Finland’s Oliver Helander, Tokyo Olympic silver medallist Jakub Vadlejch (Czech Republic), Germany’s Julian Weber and London Olympic champion Keshorn Walcott will be the other star throwers who will give a tough competitiom to the reigning Olympic champion.
This will be Chopra’s second world championships appearance. In 2017 edition in London, the 24-year-old failed to qualify for the final. He then sustained an elbow surgery and was forced to sit out in 2019.
Another Indian young javelin thrower Rohit Yadav will also compete in the event besides Chopra. (UNI)